When Love Feels Like a Burden: Unpacking the Truth About Fear of Intimacy

Home / Personal Issues / When Love Feels Like a Burden: Unpacking the Truth About Fear of Intimacy

“Remember: despite how open, peaceful, and loving you attempt to be, people can only meet you as deeply as they’ve met themselves.”

Have you ever felt like going into hibernation to get away from people—especially those closest to you? When love and closeness get to be too much, the last thing you want is to be around people. They feel like an allergy and threaten your individuality. You begin to think those grizzly bears have the right idea to hide away up to 7 ½ months, cozy and alone in their caves with no problems or emotional burdens. It does sound pretty nice, doesn’t it? Especially when you feel like you’re constantly carrying the weight of others on your shoulders, being overly attuned to their needs and ignoring your own. When this is the case, it’s easy to see intimacy as the problem, and hibernation your only option for relief. But what if I told you there’s another way? A way to feel close and intimate with the people you love, without feeling trapped by the intense emotional burden that love brings. What if I said you could stay connected without feeling stuck, with no place to go but remote isolation?

For my client Claire, intimacy felt like an actual jail sentence. She was raised by an alcoholic mother and verbally abusive father, and she couldn’t recall a time when she was attuned with her own emotions. Instead, she was constantly attuned to her mother’s moods. As a young girl, she was her mother’s caretaker, comforting her in the wake of her father’s verbal abuse. Claire was absolutely everything to her mother, who would often tell her she was the only thing that made her happy. Her mother would frequently say things like, “I would take my own life if I didn’t have you.” Though her words had a burdening effect on Claire, she probably had the best intentions, loving her daughter the only way she knew how. But for Claire, that love came at a high price; from then on, it became attached to a major responsibility.

Research shows that children who are raised in a household with intense emotional conflict between their parents—and who are often recruited to be the savior and protector of one or both parents—are more vulnerable than other children. This was the role that Claire played for her mother. Though she never felt a lack of love from her mother, she was deeply burdened by the love she did receive. From a young age, she experienced love as an obligation that carried with it a real sense of responsibility.

As Claire got older, she yearned for a feeling of closeness and intimacy. She had a few serious boyfriends, but whenever things seemed to be moving towards marriage, she broke it off. Claire described feeling suffocated and confined whenever she thought about marriage. In her most recent relationship, the experience of beginning to fall in love was accompanied by a feeling of heaviness and a strong desire to retreat. It was then that she decided to come see me and figure out what was going on with her.

I want to be clear about something: There are many reasons why love feels like a burden for some people. Though a tough childhood was the culprit in Claire’s case, it isn’t that way for everyone. Some people would argue that Claire had a fear of intimacy; however, I noticed that she had a sincere desire to be close and intimate with someone. After all, she had committed deeply in her most recent relationship. The problem was the weightiness of that involvement, which Claire found to be overbearing. Instead of feeling the freedom and happiness that love is supposed to bring, she felt trapped and more alone than ever.

You might be wondering, “What was happening to Claire?” “Is the same thing going on with me?” Like Claire, you might long for love and closeness but feel imprisoned and weighed down when it arrives. And this makes sense. Think about it: Intimacy comes with a growing concern for the wellbeing of another person, which naturally contains the fear of possibly seeing that person hurt or uncomfortable. In Claire’s case, she grew up aware of her mother’s unhappiness and overwhelmed by a sense of worry and responsibility for her. Being overly concerned about her mother made it harder for her to focus on her own needs—to feel like herself, alive and free. When she entered relationships later on in her life, she naturally lost a sense of herself. This was a challenge she faced in every relationship she had been in, and she usually took it as a sign that she wasn’t that into the person she was dating. However, in therapy she realized that the opposite was true: Because she loved her partners so much, she carried a sense of responsibility for them and couldn’t enjoy the fun parts of love.

Fear of Intimacy, Or Fear of Losing Self?

When Claire got into a relationship, she thought the best thing to do was dedicate all of herself to that relationship. She would match her interests to her boyfriends’, give into things she didn’t want to do, and stop seeing her friends as much. She did this as a way to feel closer to her partners, but instead it had the opposite effect. She abandoned herself, lost her sense of autonomy, and wound up feeling allergic to intimacy. You might be surprised to learn that Claire and I didn’t work on her fear of intimacy during our therapy sessions together. Rather, we worked on her getting more intimate with herself, creating space within her relationships without retreating, hibernating, or breaking away. A loving relationship isn’t about giving up your likes, dislikes, ambitions, friends, dreams, and life for another. If it was, then love would certainly be a burden. Claire never learned how to be in a relationship and stay connected to herself at the same time. Once she was able to be herself in her relationships and redirect her feelings of responsibility onto herself, she was able to see love and closeness as something that revived her rather than weighed her down. Since she no longer felt that caring about people meant being responsible for their feelings, she claimed her right to be her own person, even in her closest relationships. 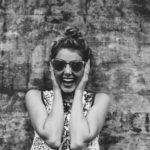 Being Positive: Another Form of Avoidance?
9 Ways To Teach Kids To Manage Money