Being Positive: Another Form of Avoidance?

Home / Relationships / Being Positive: Another Form of Avoidance? 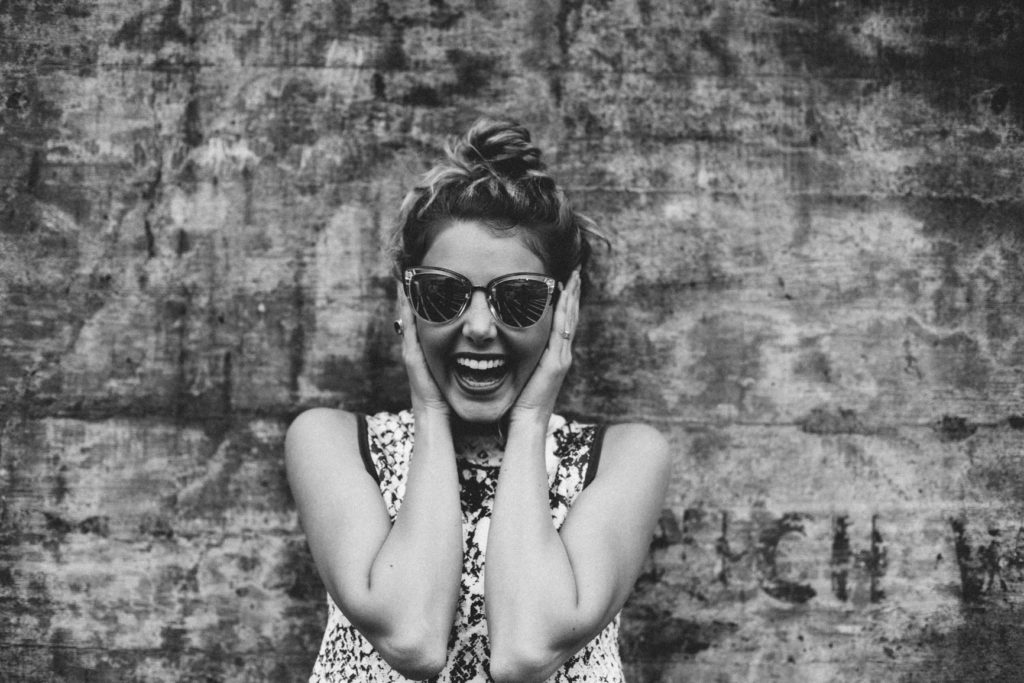 “Mental anguish always results from the avoidance of legitimate suffering.”

Allow me to give you some quick advice. Let’s say your family dog just died: “Just stay positive, at least he/she isn’t in pain anymore.” Maybe your grandma is dying of cancer: “Just be positive, she lived a long life.” Maybe you ran out of money again and don’t know how you’ll pay your rent: “Just think positive thoughts that the money will show up in your account.” Or, perhaps, your marriage is on the brink and you can barely stand looking at your spouse’s annoying face: “Just be positive that it will work out.” Are you catching my drift? We live in a sunshine and roses, “stay positive” culture; even if something pretty bad happens, we’re pressured to look at the bright side before we’ve even had time to process what happened. I understand the usefulness of looking at the silver lining, and I’ve definitely pushed myself to see it at times. But I can’t help but wonder, when does staying positive as a healthier way to deal with difficulties turn into a means of avoiding the difficulty altogether?

The Lessons of Miss Smiley

I had a co-worker once whom I like to refer to as Miss Smiley. She was always so upbeat and cheerful that I wondered how authentic her smiles actually were—especially since she kept the smile on her face even when facing tough times. She never allowed herself to truly feel the shitty feelings that come along when something bad happens; instead, she suppressed her emotions, and moved on with an optimistic attitude. When she broke off her engagement to her fiancé of seven years, Miss Smiley came to work smiling ear to ear. When I asked her how she was doing, I assumed she would finally open her heart to me and turn that smile upside down. But instead, looking like it was another ordinary day, she said, “I’m feeling good. I’m just going to be positive that it wasn’t meant to be, and what is meant to be will happen.” I remember holding back an eye roll. I thought, that’s a great way to think three to six months after a big breakup, but having a revelation like that just one day later isn’t genuine.

When I encountered Miss Smiley’s ultra-positive response to her breakup, I remember thinking she should go put some sweat pants on, eat a gallon of ice cream, or start hitting the gym to work on her revenge body. My brain was screaming, “Do something depressing or weird, woman!” But she didn’t. She continued to come to work, looking exceptionally smiley after breaking off a seven-year relationship. Most people commended her for staying so positive. I, on the other hand, remained skeptical. I know this must sound horrible. I’m a therapist, for crying out loud. It’s basically in my job description to want to see people happy. And that is what I wanted to see for Miss Smiley—but not at the expensive of her truth and personal authenticity. And especially not at the expensive of her health, which gets compromised when we engage in avoidance behaviors.

A little over a year after her breakup, Miss Smiley—who was in her late 20’s at the time—was on medication for high blood pressure, had heart palpitations, and was drinking way more than the recommended amount of caffeine to stay awake every day. It was then that she decided to start seeing a therapist of her own and begin dealing with her life instead of always working so hard to be positive and happy. Miss Smiley started to realize that maybe everything wasn’t as perfect as she wanted it to be. She began to learn that it was okay to be vulnerable, upset, and even angry sometimes. It took her body’s malfunctioning for her to start paying attention to her own internal experience, listening to her authentic feelings and managing them appropriately. I want you to consider what you can take away from Miss Smiley’s story. What is the “proper” amount of time to be miserable until we can start being positive? And how do we know when we’re truly being optimistic or just avoiding our issues?

Most of us—including me, at times—look for things to ease us during uncomfortable times. I’ve written a good deal about this idea, explaining how we tend to duck from our difficulties through avoidance behaviors. There are the usual obvious things people do in order to soothe their discomforts in the moment, like drinking and using drugs. But then there are the not so obvious things we do—the ones we think are supposed to be good for us, like jumping straight into positivity and happiness after something bad happens. On the surface, that kind of behavior might seem like a good way to cope. However, if you look beneath the surface and see the act of being positive as a way to ignore your genuine internal experience instead of dealing with it, then maybe—like Miss Smiley—you aren’t being truly optimistic. Perhaps you’re really hurt, lost, and in pain about losing your family dog, watching your grandmother die of cancer, being unable to pay your bills, having a marriage that’s on the rocks, or breaking up with your fiancé. Maybe instead of diving into the blissful light at the end of the tunnel, you’ll choose to sit with your true feelings for a moment, acknowledging their presence. Perhaps you’ll choose to stay in the tunnel for as long as you need to, knowing there’s a way out when you’re ready.

It sounds nice to have fast-acting ways to reduce stress, feel happy, be less anxious, and feel comfort. This kind of instant gratification appeals to all of us. It’s why we engage in consistent patterns of avoidance masked as healthier options. But it’s important that we not lie to ourselves and, instead, see this avoidance for what it is. Because awareness and authenticity will always serve us much better.

There’s no specific recipe or timeline for how to handle breakups or other life difficulties. But however challenging they may be, those experiences can serve as opportunities for you to become more aware of your feelings, your thoughts, and the course of action that is best for you. When you start practicing awareness, you know when you’re being falsely optimistic and hiding your hurt with empty affirmations. It’s okay to believe the world hates you; that it’s crumbling down on you; that maybe this time it’s all over. Fall to the ground. Be negative as shit, if that’s how you feel. Honor your pain. Then, when you’re ready, pick yourself up, build a course of action, and know this: although it will be hard, and you’ll feel lost at times, you’ll get through it. Everything really does work out in the end—yes, I know, how very positive of me—but don’t try to race there until you’re truly, authentically, wholeheartedly ready. 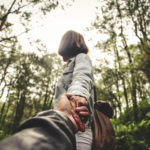 7 Simple Steps to Building Boundaries in Your Most Important Relationships 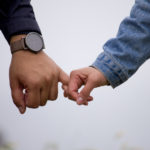 When Love Feels Like a Burden: Unpacking the Truth About Fear of Intimacy