How to Manage Your Emotions and Live an Intentional Life

To live with intention, it’s vital to determine your own inner emotional state first. I don’t have to tell you that it can be a rough world out there. So, it should come as no surprise that there are many different approaches people take to deal with the challenges that come their way. Some of us become intimidated by people who are rougher, and we back away in order to make room for them. Others do quite the opposite; they develop their own rough stance, ensuring that they don’t get pushed around by others. Some of us are sensitive to certain situations, so we avoid them altogether; others develop thick skin so that those situations won’t hurt or bother them. However, when we go through life reacting to our circumstances, it’s impossible for us to be guided by our intentions.

When I was in my early 20s, I was very intimidated by other people. If anyone became loud, or voiced an opinion that was different from mine, I’d quickly back off. I didn’t have the inner courage or knowledge of my self-worth to stand up to people who showed a strong presence and were willing to bully or intimidate me. At that time, I understood that I had only one of two choices: (1) become less sensitive by developing thicker skin and learning not to care or be concerned about the things and people around me, or (2) remain sensitive and thin-skinned, knowing that I can’t step into arenas that are too rough for my sensitive personality. Though I didn’t particularly like either of these choices, I truly believed they were the only ones I had.

As I got older and began to educate myself, I realized that neither being overly-sensitive nor being thick-skinned is the intentional way to deal with difficult situations or people. For example, I considered the salesman who commits himself to selling, even if he receives many rejections for every sale he makes. Not only does he get turned down numerous times, some of the rejections are harsh, insensitive, and insulting. How would you coach the salesman to remain intentional, despite the challenge of this enormous amount of rejection? Some people may tell him, “You have to develop thick skin so that the comments won’t bother you. If they insult you, insult them right back. Show them you can be just as nasty as they are.” Others may tell him, “Get out of sales. It’s not for sensitive people like you. To be a good salesman, you need to be able to handle rejection without letting it affect you. If you’re this bothered by rejection, you’re in the wrong line of work.” As I see it, neither of those approaches offers proper coaching for the salesman. The first one advises him to lower his standards, and the second encourages him to avoid the problem. Neither of those solutions will provide the salesman with an opportunity to act intentionally and respond in ways that better align with his core values and beliefs.

When we’re sensitive, we can easily fall into avoidant or reactive behaviors, as we find ourselves susceptible to being taken advantage of by others’ insensitivity. When this happens, we suddenly find ourselves compromised. We might end up feeling weak and vulnerable because of our sensitive nature. To spare ourselves this vulnerability, we move to protect ourselves and wind up reacting with the same kind of insensitive behavior we were trying to avoid in the first place. To some extent, this might serve to avoid some hurt feelings. It might lead us to draw the conclusion that if we become tougher, put up a front, or avoid our feelings altogether, we’ll get hurt less. We might also decide to simply avoid people and circumstances that exploit our vulnerability. But with both of these approaches, we change ourselves to react to our circumstances in this sometimes harsh world; neither one exemplifies living with intention.

Keeping all of this in mind, there’s an intentional approach that allows us to determine our own emotional state and respond to situations without having to change our values and goals in the process. It’s also a way to reveal our personal inner power. This approach won’t just serve a salesman much better, it will serve all of us in living through purpose. Be warned, it’s not the easiest approach; but it’s the most effective and rewarding by far. First of all, it’s important to remember that sensitivity is a great virtue, not a weakness. Being sensitive to others is important for our relationships; it helps us remain connected to the people around us. Now imagine there was a way to remain sensitive to others without being easily wounded by their insensitivities. Imagine you could learn not to run away and avoid problems, while also not resorting to the inappropriate behaviors others display. Well, this is possible when we learn to take full responsibility for our feelings. Once we do, we experience the power and freedom of being in control of the way others impact us.

When someone can say something hurtful to us and it doesn’t ruin our day, that’s when we know we’re in control of how we feel. We can get so tied up in what others say and do that we lose ourselves in the process. But instead of resorting to reactivity, we can take people’s hurtful words and actions less personally and change the way we respond to the hurt that may echo inside us. This is what it means to live intentionally.

The art of being able to interact with people by staying connected and managing our emotions is the mark of a person who lives with true intention. Intentional people don’t live through reaction and fear merely because they’re highly affected by the behaviors of the people around them. Rather, they determine their inner emotional state and how they respond to others based on their values. When we answer people from intention, maintaining our objectivity, we can see how quickly people change the way they talk to us. When we don’t react to others based on our own anxiety and fears, we have a better chance of reaching them in a different way. So, how do we learn to do this? We start by choosing to answer people intentionally in every situation we encounter. When we dedicate ourselves to changing the way we function throughout the course of each day, we learn to more wisely choose our responses to the world around us.

Dr. Ilene
Related Posts
Comments
SIGN UP FOR MY NEWSLETTER
Get Social With Me
Recent Posts
Instagram
LET’S GET SOCIAL
HOME | ABOUT ME | MY BLOG | CONTACT ME
2017 Dr. Ilene S. Cohen | All Rights Reserved | Powered by Hardcore Advertising 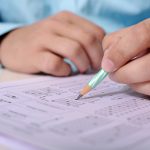 Take the Quizz – Assess The Status of Your Self-Worth 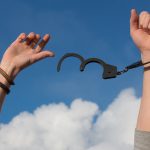