“If you want total security, go to prison. There you’re fed, clothed, given medical care and so on. The only thing lacking… is freedom.”

Isn’t it interesting that G-d commands the Jewish people to recall a specific historical event on a daily basis? The reason is that past events are far more than just historical; they repeat themselves in our daily lives. Why does G-d want us to remember, every single day of our lives, the day the Jewish people left Egypt? Because the journey of the Jewish people from the slavery of Egypt to the freedom of the Promised Land is the journey every single one of us is supposed to go through in our lives. This is the paradigm of the human journey. It’s the path that anyone who wants to live freely must travel. Without the willingness to travel this path, we’ll remain in a perpetual state of victimhood and servitude to our desires, to other people’s control, and to the circumstances of life.

The human journey involves leaving the slavery of a body-oriented life for the freedom of a soul-oriented life. The body is subjective; it enslaves us in its paranoia about the self-worth it lacks. The soul is clear; it carries no bias or subjectivity and, therefore, exists freely without the burden of fear. It can be dedicated to its values without being weighed down or slowed down by external sources. This may give you a much greater appreciation for why we’re given a holiday called Passover. It’s actually an eight-day annual workshop intended for us to realign ourselves onto the path of living freely.

After the Jews left Egypt during their 40 years in the desert, they often complained to Moses and asked to go back. It might seem baffling that they would ever want to go back to enslavement, but, in fact, they had a very good reason for it. It’s much easier to live a life that never requires you to take responsibility. When you live this way, you can always blame your captors for your misfortune. Plus, there’s a certain level of safety and predictability that comes with knowing your circumstances.

When you’re not moving forward in life or taking risks in order to grow, things tend to remain the same. It’s the easier approach to life. This is why people often choose to remain powerless rather than take responsibility for their lives. To be free, we need to enter into undiscovered new lands and take responsibility for how we make things work. This requires far more effort. Of course, the reward is commensurate with that effort, but many people simply don’t want to do it. They’ll choose enslavement over doing what it takes to win their freedom.

Our constant desire to gain acceptance from those around us is our way of living in Egypt, enslaved by what other people think about us and dependent on them for our self-worth. Freedom comes when we make the courageous choice to find our worthiness from within, knowing that we’re inherently valuable no matter what others think, or how we perform, or where we stand on the social ladder.

For example, many parents take it as their responsibility to tell their children what to do and how to do it. “You shouldn’t wear that.” “You should act this way.” “That’s not how you do it.” While a parents’ job is to teach their children, when they make every decision for them and make commands instead of suggestions, they train them to disown their lives and just follow orders. This way of thinking follows many of us into adulthood. It shows up often in our intimate partner relationships. When we’re met with constant disapproval from a spouse, for example, the easiest thing to do is resign ourselves to their will. We often hear people say, “It’s no use arguing. My spouse always knows better.” But part of owning our lives and becoming free is sharing our light with the world. When you encounter a difference of opinion with your spouse, you can simply say, “While I know this is the way you think it should be done, this is the way I’m choosing to do it.” This doesn’t mean you’re picking a fight; you’re simply doing what you truly feel is best.

You may have heard of Natan Sharansky, a refusenik who lived in the Soviet Union and was denied a visa to leave the country. Sharansky was a strong-willed man, and the Soviets had a hard time breaking him. Whenever they tried, they sent two officials to question him so that he wouldn’t develop any kind of relationship with either of them. Since both officials knew they were being watched by the other, they were careful not to do anything out of line. This is classic behavior by people in countries controlled by fear.

Once, when he was being interrogated, Sharansky repeatedly interrupted the officers, saying he wanted to share a joke with them. Finally, they paused long enough to allow him to tell it. His joke went like this: “Brezhnev, the former premier of the Soviet Union, wasn’t known to be a very intelligent man. During the Cold War, in his attempt to outdo the Americans, he called in his Russian cosmonauts and told them, ‘We must outdo the Americans. We’re going to be the first country to send cosmonauts to the sun.’ They told him, ‘Don’t you realize that before we even get halfway there, we’ll have burned up by the heat of the sun?’ Premier Brezhnev replied, ‘Do you think I’m a fool and didn’t think of that? We’ll send you at night!’”

After Sharansky finished the joke, he began to laugh wholeheartedly. He then looked at his interrogators and said, “I’d like to ask you a question. I’m the prisoner, yet I can sit here and laugh at this joke. Meanwhile, the two of you are the free ones, yet each of you is terrified to laugh in front of the other one. So, I wonder, which of us is really the prisoner?” This is a powerful testimony to the meaning of a truly free life. If we live in constant fear of being ourselves, unsure of what others will think or say, we’re far from free. Rather, we’re enslaved by our own insecurities. Only after we go through the process of learning to live life beginning within can we become free people.

Want to learn more about choosing your freedom? Check out my latest book, co-authored by the well-respected Rabbi Aryeh Weinstein,  https://amzn.to/2CXHx1A 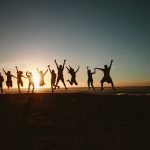 How to Manage Your Emotions and Live an Intentional Life 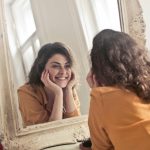