“Gaining more knowledge of one’s distant families of origin can help one become aware that there are no angles and devils in a family: they were human beings, each with their own strengths and weaknesses, each reacting predictably to the emotional issue of the moment, and each doing the best they could with their own life course.”

If you’ve ever tried to understand the issues you’re currently facing in your life, you might have gone down the road of thinking about how they were influenced by your early life experiences. This might have led you to blame your current hardships on your parents. When you think in simple, cause-and-effect terms, it’s easy to blame your parents for just about everything. I mean, they were the ones who raised you, after all, and they might have done some pretty irresponsible things. If you’ve ever had thoughts like, “I’m needy for love because my parents never showed me affection,” “I don’t know how to pay my bills because my parents were always bad at managing their money,” or “I have a fear of commitment because my parents’ marriage didn’t work out,” you’re certainly not alone.

It makes sense to consider how our parents contributed to the issues we face as adults. However, before we place all the blame on them, it’s important to consider the position they held in their own families of origin. In other words, it’s important to ask, how did their parents shape their paths and lead them to become the people they are? What challenges did they and the generations before them face? Your parents were kids once too, and throughout their lives they’ve faced issues similar to the ones you face in your life. When you think about your parents in this way, it might invite you to look at the bigger picture, seeing them as humans¬¬—not as perfect beings with perfect upbringings who decided to mess you up a little bit.

I’m going to say something that might be difficult to understand, but I hope you’ll follow me: Most of your parents’ reactions to you have come from unconscious efforts to relieve their own anxiety, not from evil attempts to screw up your childhood and adulthood. Your parents inherited patterns of relating to their loved ones, just as you did. You might be thinking, “Okay, but even if that’s true, it doesn’t make it any better. Will understanding this make the things they did to hurt me go away?” Honestly, probably not. And I say that with compassion, because I know it’s got to be hard to read if you had a particularly difficult upbringing and you’ve held on to the belief that your life’s problems have resulted from how your parents mistreated you. I get it. I felt the same way when I first started learning about these ideas. This whole notion of absolving your parents of blame may make your skin crawl. However, if you open your mind to it, you’ll be able to see that there are certain patterns in your family system which can show where it all got kinda screwed up. This will help you really see what you’re up against and what changes need to be made so that your children won’t yell at you for fucking them up 20 years from now.

Seeing that your current issues go far beyond the mistakes of your parents, their parents, and the parents before them allows you to understand what’s going on with in a way that won’t have you blaming anyone. Knowing that it’s up to you to look at the ways your family has done things for generations can help you make important changes and heal your inner child. It can lead you to address the things you can change within yourself, instead of blaming other people for all of it. At some point, we must grow up and mature. We do this when we realize that our parents are flawed and so are we. Once we accept that, we can start to face and resolve our problems—many of which are similar to the problems our parents have. When you’re willing to look, it’s almost impossible to avoid seeing a connection between your parents’ behavior growing up and your own behavior as an adult. It’s all just too patterned and predictable to be ignored.

Looking Back to Move Forward

Our mothers and fathers grew up with a certain level of tolerance for upset, anxiety, disharmony, emotional connectedness, and demands from others. This all played out in their close relationships and was evidenced by their degree of reactivity to their children. Just like us, our parent’s, were unable to choose the cards they were dealt; they were subject to inherit the stuff of previous generations. The ability to deal with life circumstances, which is one of those things that gets inherited, can be referred to as emotional maturity or, as psychiatrist and researcher Dr. Murray Bowen calls it, differentiation of self.

Through extensive empirical research, Dr. Bowen noticed patterns within families regarding the way individuals manage anxiety. This, he found, is similar to the instinctive ways in which other species deal with threats in or to their packs. Bowen’s theory doesn’t focus on mental illness within individuals, but rather on the universal challenges we all face in relationships. As Jenny Brown, MSW puts it in her book Growing Yourself Up: How to Bring Your Best to All Life’s Relationships, “These ideas invite us to see the world through the lens of each family member rather than just from our own subjective experience; they don’t allow room for simply seeing victims and villains in our relationship networks.” This process takes people beyond blaming their parents to see the relationship forces at work that set them on their personal paths. Ask yourself, “Can I identify some of the patterns of relating to people that I developed in my family, which have contributed to my current issues?” When you ask yourself this question, think through the facts of your family relationship story; this can help you piece together some useful insights.

In order to simplify this process, allow me to show you a few examples of what I’m talking about. These are examples borrowed from Jenny Brown’s book, which I mentioned earlier. The examples are designed to show the influence of various patterns that may develop between parents and children. If you were the child your parents worried most about, you got accustomed to the emotional pattern of having them jump in to smooth out your difficulties. As a result, you probably instinctively expect and invite others to solve your problems. If one or both of your parents’ anxieties were projected onto you, it’s likely that you got used to exaggerated criticism and correction. You might be prone to similar negative overreactions. If one or both of your parents reduced their tension by giving in to your demands, you may find it difficult to let go of always feeling entitled. If one or both of your parents confided in or leaned on you when things were tough or distant in their marriage, you’re likely to have an easy time giving advice but a tough time accepting it. If you were pushed to center stage by parents who got a sense of security and esteem from applauding your achievements in an exaggerated way, you likely can’t tolerate not being important. Do any of these patterns ring true for you? They certainly hit home for me.

It’s not necessarily the case that our parents’ ways of being have caused us to have limitations. Instead, it makes sense to say that our natural responses have been influenced by our parents, and they were also influenced by family patterns that span back several generations and will continue into future generations. Everyone’s path to emotional maturity is different. Knowing that we all have ways we react to the people we love based on what we’ve inherited is an important first step in breaking that pattern. We must become more aware of the automatic responses that relieve our stress. Because although they are instincts we’ve inherited to make ourselves feel better in the moment, they are not the responses that will make meaningful changes in ourselves and our relationships. Remind yourself of who you want to be in your moments of stress, and try to respond in a more logical manner, rather than in the ways that would be predicted based on the patterns in your family of origin.

Growing up means letting go of the idea that your parents are the cause of your problems. It means realizing that, irrespective of where they came from, your problems are your own, and you are responsible for yourself. Even though we can’t control our family history, we can always control what we do moving forward, and this will impact not only your life, but future generations in your family also.

Have a tough time putting yourself first? Still not sure how to take action to live the life you always dreamed of? Check out my latest book, “When It’s Never About You.” – http://amzn.to/2macaur

Dr. Ilene
Related Posts
Showing 2 comments
SIGN UP FOR MY NEWSLETTER
Get Social With Me
Recent Posts
Instagram
LET’S GET SOCIAL
HOME | ABOUT ME | MY BLOG | CONTACT ME
2017 Dr. Ilene S. Cohen | All Rights Reserved | Powered by Hardcore Advertising 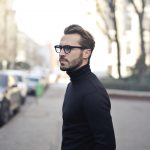 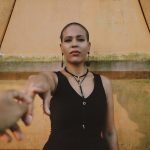 If It Isn’t Yours, Don’t Take It