What You Need to Know About Developing a Sense of Self

“Bullies depend on approval and acceptance as much as chameleons, but bullies push others to agree with them rather than their agreeing with others. Disagreement threatens a bully as much as it threatens a chameleon.”

As most of us know, our families and social groups greatly affect how we think, feel, and act. But we aren’t all affected in the same way. Each of us has a unique susceptibility to either thinking for ourselves in a group setting or succumbing to perceived pressure to conform to others’ ideas. These differences in the way we think in family and group settings reflect differences in our sense of self—or what Bowenian psychotherapists call our level of differentiation of self. The less developed a person’s self, the more impact others have on their functioning and the more they try to control—actively or passively—the way others think and do things.

Our basic level of self is inborn; however, our family relationships during childhood and adolescence primarily determine how much of a sense of self we develop. Once established, our sense of self doesn’t change much, unless we make some real long-term efforts to change it. People with a low level of self depend heavily on the acceptance and approval of others. They quickly adjust to what others think, say, and do to please them. Or, alternatively, they proclaim what others should be like and pressure them to conform. As the Bowen Center explains, “Bullies depend on approval and acceptance as much as chameleons, but bullies push others to agree with them rather than their agreeing with others. Disagreement threatens a bully as much as it threatens a chameleon.” A rebel doesn’t have a strong sense of self, but pretends to by regularly opposing the positions of others.

A person with a strong sense of self recognizes their natural dependence on others but can stay calm and clear-headed in the face of conflict, criticism, and rejection. This allows them to think by engaging in a careful assessment of the facts rather than think in ways that are clouded by emotionality. Certain clear principles help guide decision-making about important family and social issues, making a well differentiated person less enslaved by their emotions. For people with a solid sense of self, what they do and what they say matches. Though they may, at times, act selflessly, they can also thoughtfully and rationally consider the best interest of the group without responding or succumbing to pressures to conform. Confident in their thinking, these individuals can support others’ views without being a disciple, or reject those views in a thoughtful and centered way. They can define their ideas without being pushy or giving into others.

The more intense the interdependence is within a group, the less differentiated members of that group will be, and the less capable of adapting to stressful events without increased anxiety. Everyone experiences problems at some point; however, less differentiated people and families are more susceptible to heightened anxiety and, therefore, more likely to experience a disproportionate amount of serious problems.

Michael and Martha were quite happy during the first two years of their marriage. He liked making the major decisions but didn’t assume he knew best. He always told Martha what he was thinking and listened carefully to her ideas. Michael and Martha’s exchanges were usually thoughtful and led to decisions that respected both of their vital interests. Martha had always been attracted to Michael’s sense of responsibility and willingness to make decisions, but she also lived by a principle that she was responsible for thinking things through for herself and telling Michael what she thought. She did not assume Michael usually knew best.

Martha conceived during the third year of the marriage and had a fairly smooth pregnancy. She had a few physical problems but handled them with equanimity. She was somewhat anxious about being an adequate mother but felt she could manage those fears. When she talked to Michael about her fears, she didn’t expect him to solve them for her, but simply found it to be helpful and clarifying. He listened without being patronizing, and he recognized and acknowledged his own fears about the coming changes in their lives.

The stresses associated with the real and anticipated changes of the pregnancy triggered some anxiety in both Michael and Martha, but their interactions didn’t escalate the anxiety and make it chronic. Martha’s needs and expectations of Michael were somewhat heightened under the circumstances, but she took responsibility for managing her anxiety and had realistic expectations about what he could do for her. Michael didn’t become particularly reactive to Martha’s expectations and recognized that he was anxious too. Each of them remained a resource to the other.

After a fairly smooth labor, Martha gave birth to a baby girl, whom she and Michael named her Amy. Martha weathered the delivery fairly well and was ready to go home by the time she was discharged. The infant care over the next few months was physically exhausting for Martha, but she wasn’t heavily burdened by anxieties about the baby or a sense of inadequacy as a mother. She continued to talk to Michael about her thoughts and feelings and still didn’t feel he was supposed to do something to make her feel better. In spite of increasing work pressures, Michael remained emotionally available to Martha, even if only by phone at times. He worried about work issues but didn’t ruminate about them to Martha. When she asked how it was going, he responded fairly factually and appreciated her interest. He occasionally wished Martha wouldn’t get so anxious about things, but he realized she could manage herself. He wasn’t compelled to fix things for her.

Sure of herself as a person, Martha was able to relate to Amy without feeling overwhelmed by responsibilities, demands, or fears about her well-being. Sure of himself, Michael could meet the real demands of his job without feeling guilty about neglecting Martha. Each spouse recognized the pressure the other was under, and neither made a federal case about being neglected. Both Martha and Michael were sufficiently confident in the other’s loyalty and commitment, and neither of them needed much reassurance about it. By relating comfortably to each other, they kept Amy from becoming part of their marital tensions. She didn’t have a void to fill in either of her parents’ lives due to emotional distance between them.

After a few months, Michael and Martha were able to find time to do some things by themselves. Martha found that her anxieties about being a mother toned down, and she didn’t worry much about Amy. As Amy grew, Martha didn’t perceive her as an insecure child in need of special attention. She was positive about Amy, but didn’t constantly praise her in attempts to reinforce her self-image. Michael and Martha discussed their thoughts and feelings about Amy without becoming preoccupied with her. They were pleased to have her and took pleasure in watching her develop. Amy grew to be a responsible young child. She sensed the limits of what was realistic for her parents to do for her and respected those limits. There were few demands and no tantrums. Michael didn’t feel critical of Amy very often, and Martha didn’t defend Amy to him when he was critical. Martha figured Michael and Amy could manage their relationship. Amy seemed equally comfortable with both of her parents and relished exploring her environment.

Michael and Martha can see Amy as a separate and distinct person. The source of differentiation between Amy and her parents is evident when Amy is a young child. They have adapted quite successfully to the anxieties they each experienced associated with the addition of a child and the increased demands in Michael’s work life. Their high levels of differentiation allow the three of them to be in close contact without much difficulty. 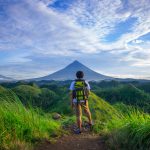 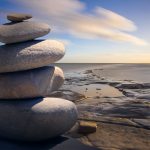 How to Reach Your Goals While Living in the Moment