This past weekend, I took a family vacation to Disney World. It was an exciting occasion, because it was my daughter’s first time going, and it had been many years since I’d been there myself. Over the years, I’ve revisited some old and new Disney movies with my daughter, letting her get to know the characters I once loved as a child. Now, as I look at them from an adult perspective, I find myself taking away similar messages I did as a child, but with an entirely new way of thinking about it. Some messages seem like common sense now, others I realize I never understood when I was younger, and some have echoed in my mind loud and clear throughout my life.

In Disney World, I watched as Mickey and Minnie danced around the stage singing about being yourself; I wondered how I missed that concept as a child. Wanting to be anyone other than myself when I was growing up, I somehow missed seeing that the Disney characters I loved were promoting the value of individual uniqueness. I overlooked my own value.

In the world of Disney, we’re told we can be anyone we want to be and do anything we want to do. We’re told we can have the life we dream of when we get older. As nice as that sounds for a child, it isn’t too bad to hear as an adult, either. It isn’t far off from the ideas promoted by motivational speakers and people who have found success. However, as my daughter looked at her idols with big, curious eyes, the skeptic in me wondered: Are lies were just one more thing being sold to our kids, or is there something of actual value to be taken from these catchy songs?

Once I took a closer look at some of the messages from my daughter’s favorite Disney stars, I realized that many of the lessons are similar to what I write about and the values I hold true. Here are some of the age-old ideas I learned all over again at Disney World.

1. Don’t regret the past. All of us know what it’s like to regret something we did in the past. In The Lion King, Simba lived in the past; he was too afraid to go home in fear that his family would reject him for what happened to his father. He let fear and regret control his life and spent his life running from his problems instead of facing them. As an alternative to running from the past, it better serves us to accept all of ourselves and face situations head on. I think many of us look back and see the mistakes that we’ve made, wishing we could go back in time. It’s easy to wish we did things differently in the past, than to actually do things differently now. However, the more we run from our problems the more connected we stay to them, and the more they chase us wherever we go. It’s in facing your fears, owning up to your mistakes, and doing things differently next time, that can show you how brave you really are to face the truth.

2. Don’t be afraid to be yourself. I talk about being yourself all the time, especially in the context of your most important relationships. As a child, others may make fun of you for not following the norm; but according to may Disney movies, being different isn’t a bad thing. In fact, our differences are what make us special and beautiful. Dumbo comes to mind when I think of this lesson. By embracing his differences, he was able to become who he truly was. Once you embrace who you are and stop trying to be like everyone else, you, like Dumbo, can start having more fun in life.

3. Don’t lose your voice, especially not for anyone else. It’s easy to think we’re the ones who need to change, especially if people we love tell us to change in order to make them happy. For example, Ariel in The Little Mermaid lost her beautiful voice in order to get legs so she could be with Prince Eric. But muting parts of herself only created more problems for Ariel and her connection with Eric. Her voice was part of who she was; once she lost it, she started to see how hard it was to express herself. Eric loved her for who she was before she changed into the person she thought he wanted—in fact, her voice was one of the things he loved most about her. In the end, Ariel got her voice back and was able to be who she’d always wanted to be: a human on land living out the life of her dreams.

4. Don’t be afraid to speak up. Many of us are scared to speak up, and we silence ourselves out of fear of other people’s reactions to us. Women, especially, can be viewed as overly opinionated or rude if they voice their true thoughts. However, some of Disney’s characters—like Jasmine, Ana, and Merida—show strength and speak up for what they believe. These characters are persistent in going after what they want. Merida is a great example of this; she didn’t allow anyone to stop her from being who she truly was. Her strong will and determination allowed her to own her fate and destiny. Ana and Jasmine didn’t allow others to tell them what to do either. Jasmine, for example, said she wasn’t a “a prize to be won,” and she showed this through her actions. Ana continued to do what she wanted in order to maintain a relationship with her sister, even going out into the snow alone to find her. These sometimes-stubborn princesses show young girls that they don’t have to do or follow anything they don’t believe is right.

5. Follow your dreams. Many Disney movies and messages are about following your dreams; but Rapunzel really demonstrates the importance of believing in yourself and doing what scares you. Rapunzel always dreamed of going to her hometown and viewing the floating lights for her birthday; year after year, however, she was told to stay in her tower. Even though Rapunzel was scared to leave the tower because she was told it would be dangerous, she somehow knew that life begins outside our comfort zone. She eventually left her comfortable tower in search of something better. All the main characters in this movie speak about the importance of having big dreams. Though some dreams may seem stupid to others, they mean something to you for a reason; and they’re worth all the discomfort that comes from pursuing them, because once they do come true, life gets better.

6. Be patient. Miracles take a little time. The lesson of patience is an important one to learn. If you’re persistent and work hard, everything works out for the best. When you get tired from working hard, patience will carry you through to your dreams. Goals that are worth it aren’t easy to obtain. The best things in life aren’t what instantly gratify us. However, wonderful things can happen if we keep at it and don’t give up. It may take longer than expected, but patience pays off in the end. Like many of the lessons we learn from Disney, this one can guide us throughout our lives.

Disney is awesome for many reasons, but especially for teaching us important lessons we can take into adulthood. As I think about the meaning behind all these messages, I’m impressed by how much value they truly hold. If only I paid such close attention as a child, maybe I could have avoided some mistakes. 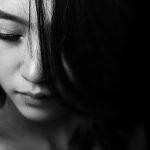 How the Fear of Hurting Others Creates Chronic Anxiety 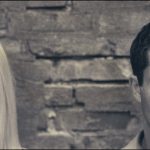 How Anxiety Becomes Contagious in Our Most Important Relationships