Less Yes, More You: How to Reclaim Your Own Voice

Home / Personal Issues / Less Yes, More You: How to Reclaim Your Own Voice

“Saying “No” is a complete sentence. It does not require justification or explanation.”

Think about this question for a minute: Are you leading your life, or is your life leading you? People who consider themselves to be easygoing, selfless, and pleasing to others are, if they’re honest with themselves, the ones who tend to answer that question by saying that life leads them. They float through life saying yes to everyone and allowing their circumstances to dictate what they should or shouldn’t do. On the surface, being easygoing and agreeable is pretty socially acceptable and seems like the easier way to be in life. But what’s underneath that go-with-the flow attitude? For many people, it’s a belief that their opinion isn’t worth much, and if they voice it to others or stand up for themselves, they’ll be shot down. One of my former clients, Becky, is a perfect example of this.

Becky came to see me at a time when she was suffering from frequent migraines. Her doctor told her the headaches were most likely stress-related, but she’d never considered herself to be stressed, as she led what she described as a pretty quiet and simple life. Becky had dreams of one day completing dental school and getting married; but when her sister was abandoned by her husband, she dedicated her life to taking care of her nephews so that her sister could work to support her family. She explained to me that she was the type of person who always did what other people asked of her. But over time, she came to realize that with all the helping she was doing—especially when it came to taking care of her two young nephews–she didn’t have any time left to go after her personal goals by dating or completing school.

From the outside, Becky’s decision to support her sister and make life easier for her certainly appears to be a pretty noble and selfless thing to do. And the truth is, it wasn’t so bad for Becky; her daily life was pretty much laid out for her, and she felt pretty comfortable. But what she was doing in the day-to-day wasn’t leading her toward the things she said she wanted for her life. Whenever she thought about her dream of becoming a doctor, she justified not completing school by thinking things like, “My sister needs me. And besides, I might not be able to pass those hard classes anyway.”

After a few of our sessions, Becky came to realize that whenever she said yes to something, she was automatically saying no to something else in her life. She had always believed that when it came to her sister, she had no choice but to help; but she came to understand that in doing what her sister wanted from her, she was making a choice to say no to her own life dreams. Her headaches were a reminder that it would better serve her to weigh significant decisions carefully, instead of just automatically saying yes. If left uninterrupted, her pattern of going along with people’s requests of her would have a lasting impact on her life and her future.

Like Becky, many of us quiet our own voices. And there are lots of things that lead up to us doing it: for example, we learned as children that it’s unsafe to speak up; we never learned to belief in ourselves; we think it’s easier to just stay silent; or we’ve grown accustomed to playing the caretaker role in our families. If Becky were driven by a sincere desire to be her nephews’ full-time caretaker, there wouldn’t be anything wrong with it. But through her work in therapy, Becky found her own voice and discovered that what she really wanted was to want finish school and have a family of her own. With this awareness in mind, she understood that continuing to take such an active role in her sister’s life wouldn’t allow her to live her own.

Do you find yourself always saying yes to people and not having time for the things you truly want to do? Do you feel like you’re just going through the motions in your life? If that’s the case, it’s time to reclaim your own voice and start living for yourself.

Things to Remember When Learning to Say No

1. Don’t Bury Your Feelings. Start seeing your inclination to avoid saying no as an indication of possible relationship trouble. Don’t be scared to speak up, and remember that it’s often better for you—and your relationships—to say no and do what you prefer instead.

2. Remember That Conflict is Inevitable. Don’t judge yourself or think you’re a bad person if a conflict occurs in your relationships. A certain amount of conflict is normal in any relationship, so instead of trying to avoid it by saying yes all the time, start learning how to face situations constructively, without allowing things to escalate into destructive arguments. Until they’re addressed, the same issues will keep arising.

3. Don’t Be Afraid. Your experiences have taught you to be afraid of saying no, but you don’t need to be fearful. Instead, find effective ways to communicate how you feel, and always keep your long-term goals in mind.

4. Don’t Overestimate the Anger of Others. Your fear of saying no causes you to overestimate how angry others will get when you express yourself to them. Some people may very well get upset; but usually, your imagination is exaggerating how angry they’ll become. Your only responsibility is to say no to the things you don’t want to do. How the other person responds is out of your control.

If you aren’t able to make clear what you want and express how you feel in your relationships, those relationships—and you—will suffer. You’ll lose your inner authenticity, honesty, and sense of self, which are all necessary ingredients for healthy human connection. If you’re caught up in worrying about saying no, you won’t be living the life you want to live. You’ll begin to resent other people, feeling like your family, friends, and co-workers are a burden. Remember, saying no isn’t a bad thing that must be avoided; it’s is necessary to have relationships that last and a life that’s worth living. 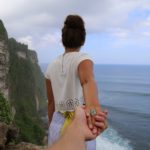 How to Live an Emotionally Independent Life: Simple Steps for Taking Charge of Your Life, Starting from Within 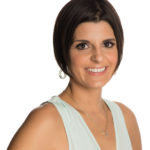 Don’t Tread On Me: The Essential Nature of Relationship Rules