Unfair Criticism: What to do When You Feel Like People Are Rooting For You To Fail

Home / Personal Growth / Unfair Criticism: What to do When You Feel Like People Are Rooting For You To Fail 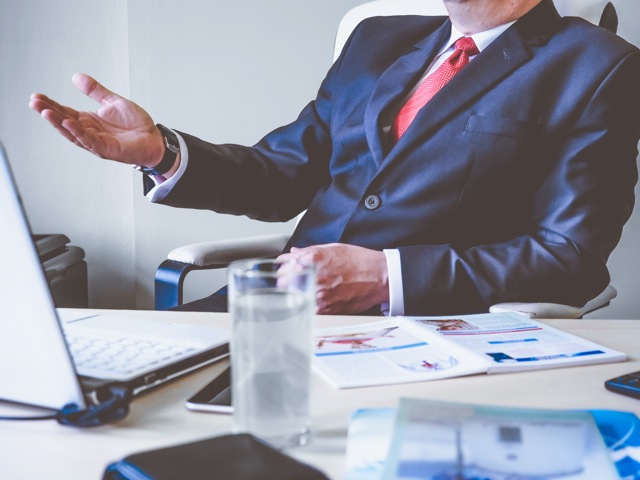 “Don’t mind criticism. If it is untrue, disregard it. If it is unfair, keep from irritation. If it is ignorant, smile. If it is justified learn from it.”

Do you ever feel like other people look at your life through a magnifying glass, scrutinizing everything you do? That’s probably because some people—maybe family, friends, or coworkers—are looking for your flaws and weaknesses in order to expose them for the world to see. I get it. I know some people like that, and sometimes I wonder if they’re in my life simply to remind me of the things I still have to work on. Other times I think maybe they focus on other people’s lives so they won’t have to look at their own. It’s more likely that the people trying to find fault with your life have probably done a pretty bang up job of fucking up their own. And now they want to concentrate on your flaws so they don’t have to deal with their own messes. Maybe if they bring you down to their level, they can feel better. They can blame the world for being a shitty place instead of taking a closer look at their own mistakes.

But what if there’s another possibility? What if these people are somewhat justified in their criticisms? What if they were brought into your life to help you grow? Maybe someone placing a magnifying glass on your life isn’t fair—and more than likely, your issues are none of their business—but what if they’re just a reminder of what still needs changing in your life? Maybe this experience of criticism is just a lesson in how to deal with the critics in your life. Or maybe not.

It’s never fair for someone to impose their opinion on you when you haven’t asked for it, so it’s important for you to be clear about what purpose your critics are serving. If you’re using drugs and your family is bugging you to stop, that might be something you need to change. But if you know some of the things your critics are ranting about don’t reflect reality, that’s a clue that their criticism is about them, not you. Whether there’s some truth in what they say or none at all, it isn’t fun to be criticized and picked apart. So how do you respond to people who only see your faults, exaggerate the truth, and root for you to fail?

On Your Own Time

You deserve to be able to fight your own battles and work on your personal changes on your own time, without pressure to do things on other people’s timelines or according to their opinions. When someone unfairly criticizes you, it might be helpful to reflect on what they’re saying. It could be useful to consider which of your imperfections you’re okay with and which ones you’d like to change; if you do this, you won’t be so sensitive when another person points them out. The first step to take when you feel criticized is to get clear about who you are, what you’re okay with, and what you’re still working on.
This allows you to explore how comfortable you are letting others give you input about your life—even if it’s negative—without it making you feel like you need to change or defend yourself.

When Someone Just Won’t Stop Being Critical

Sometimes you put boundaries in place with people in your life and repeatedly ask them to be more respectful of your choices, but they still continue to be critical. Maybe you know what you need to work on, but that person just won’t let it go; they remind you every chance they get. For example, one of my previous clients, Alan, came to see me soon after getting a divorce. He explained that he and his wife had grown apart, and she had left him for another man. Alan’s mother never liked his wife and constantly complained about her. Once the divorce was finalized, all he ever heard from his mother was, “I told you so. If only you’d listened to me, none of this would have ever happened.” Although Alan’s marriage did end up in divorce, he didn’t regret any of his decisions. He admitted to me that while some of his mother’s points were valid, and he should have worked on some things earlier in the marriage, her constantly criticizing and rooting for his marriage to fail didn’t help either. She was one of the wedges that drove him and his wife apart, and after the divorce, she continued to get in the way of his decision-making, criticizing his every move. According to Alan, “She’s trying to help in her own way, but it’s just too much. I get it; my marriage didn’t work. But it’s like she’s so happy she was right about it that now she uses it every chance she gets. I can’t even sit through a dinner with her. Last time I got so angry I stormed out of her house.”

Constantly being unfairly criticized, like Alan was, can make anyone angry. The key to receiving criticism is to not allow it to diminish your self-confidence. In Alan’s case, his mother’s criticism was unfair and unhelpful—unfair because it was constant and offensive; incorrect because it was inaccurate. If you continue to get angry when you’re criticized or feel like someone is rooting for you to fail, first clarify in your own mind that you, your decisions, and actions are undeserving of the criticism you received. Then, follow these tips.

1. Respond, don’t react.
Your immediate response is probably going to be anger; but if you’ve worked on being confident in yourself and your decisions, you’ll have an easier time overcoming your desire to get angry and act out.

2. Create internal calm.
Try to remain calm and centered, whether the metaphorical slap in the face comes from family, friends, or someone at work. Any criticism can fuel anger, because it brings up feelings of inadequacy. So by all means, let yourself get angry about it. But most of the time, expressing that anger will only make matters worse and give your critic the high ground. No doubt it will prevent him or her from listening to you. So when the harsh words come, take a minute to breathe and get grounded. Then, before responding, channel your logical brain and access the calm place within.

3. Recap the words back to your critic.
Never pressure yourself to have the perfect response to a critic; nothing ever comes out as perfectly as you’d like it to. So instead, repeat your critic’s complaint back to him or her, making sure you clearly understood it. You can start by saying, “I want to be sure I heard you correctly,” and then repeat the person’s words how you heard them. The objective is to focus on the words themselves, not the emotions they provoke. An aggressive person might be hoping to anger you and cause you to react. Or he or she might want you to accept the criticism in order to empower themselves. Instead, you are taking the focus off of your reaction and putting it back onto the factual words of the criticisms – without accepting them.

4. Open up the discussion.
Not being overly emotional might surprise your critics, allowing them to think more deeply about their words. If this happens, a real discussion can take place. It’s helpful to use language that shows your perspective. For example, “I can see how you might get that idea, but allow me to tell you my thoughts.” This shows that you’re open to talking about it and seeing their perspective, which will disarm them and open them up to listening to you. If you get defensive or disregard their statements, you’re less likely to be heard.

It’s natural to react strongly to unjust criticism, and sometimes there’s no avoiding it. But if you’re constantly getting angry and nothing is changing, give this approach a try. My client Alan started to manage his anger about his mother’s comments by remaining calm, getting his mom to repeat the comments, and then clarifying that he understood what she’d said. He found out that his mom really just wanted to be heard. Once she felt that he’d actually listened to her, she backed off and started to be receptive to his perspective. This may not work every time, because some people are simply toxic and live to point out others’ flaws. So if you’ve attempted this and it isn’t working, it’s up to you to decide if that person is worth keeping around. Perhaps you’ll chose to keep him or her at a distance or decide not to take his or her words to heart. Whatever you choose, just remember that when people use hurtful words, they’re always revealing much more about themselves than they are about you. 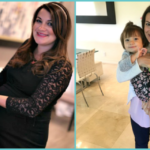