How to Manage Your Emotional Triggers

Home / Personal Growth / How to Manage Your Emotional Triggers

“That made me so angry,” she said. “It just really pissed me off, and I don’t know why. Bigger things have bothered me less.” These words came from one of my clients, Kathy, who was describing to me her emotional triggers. An emotional trigger can be defined as anything that sets you off emotionally. It’s usually something very personal to you and often stems from your past experiences. One way a person can experience being triggered is by reverting back to unresolved or unaddressed feelings and behaviors they had in a traumatizing situation. When Kathy’s husband told her he wanted her to cook more, she got furious; what she couldn’t figure out was why. She wondered, “Why couldn’t I just say, ‘Why do you want me to cook more?’ Or I could have just said no; but instead I blew up and started throwing things.”

After we spoke a little more, Kathy explained that her father always expected her mother to be the housekeeper and take care of everything in the house. She cooked, cleaned, took care of the kids, and was expected to have the table perfectly set for dinner. Kathy swore she would never be the homemaker because she would marry someone who would contribute to the house more than just financially. So when her husband asked her to cook more, she took it as a sign of disrespect. As she explained to me, “It triggered all the emotions I had as a child watching my mom slave over the family as if it was just expected of her. I found my father to be so disrespectful of her needs. However, I didn’t make the connection until now.”

When you perceive that someone is trying to take something important away from you, your emotions can be triggered. Makes sense, right? Kathy was scared that her husband was trying to take away her freedom and independence, something she had worked hard to establish so she could be different from her mother. This led her to react with anger towards her husband. Later, once she had calmed down, she wanted to understand why it made her so angry. Instead of blaming her husband for what she saw as his unreasonable request, she looked within to find an answer. If we aren’t aware, it’s easy to react in ways that are triggered by our past. This can hurt our relationships in the present. The key is to catch ourselves when we’re triggered and realize that we’re overreacting, like Kathy tried to do. By going through this process, we can discover if whatever is triggering us is really worth making a fuss about or not.

After realizing that she was more upset about her past then her husband’s request, Kathy decided to talk to him about the situation. He explained to her that he would be working late for the next month and wouldn’t make it home in time to cook. Since Kathy tended to get home earlier, he was hoping she would cook dinner on his late nights, so he wouldn’t have to pick up something unhealthy on the road. After communicating with her husband, Kathy was able to express her triggers and share with her husband how he could better approach her in the future. She was also able to listen to her husband’s request without interpreting it as a demand of her.

The following list, borrowed from Outsmart Your Brain, includes some of the most common emotional triggers. These are ways that people react when they feel as though they aren’t getting or won’t get something very important to them.

When something upsets you or makes you feel uncomfortable, it’s helpful to take a look at the situation from a more logical perspective. Are you just losing it, or did the situation call for you to get upset? Is the other person really denying your needs, or are you taking the situation too personally? If someone is truly ignoring your needs, can you either ask for what you need or work on letting it go?

If you don’t consciously acknowledge the need that is triggering your emotional reaction, you’ll feel like a prisoner of your emotions. On the other hand, if you honestly take a look at yourself and see the expectations you hold on to, you can begin to see life more objectively. From this perspective, you are free to choose your responses to people in the future. You’ll begin to take more responsibility for yourself and remain more emotionally neutral.

Sometimes our emotions call for us to be as sophisticated and educated as our logical brains. It is, therefore, of great importance to explore why you’re feeling a certain way, how you can respond to it, and how you can allow it to challenge and inspire you at the same time. When you educate yourself about your reactions, you can turn them into reasonable responses in the future. 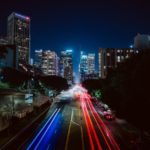 Living Your Desire: Why It’s So Important to Figure Out What You Want From Life And Go For It 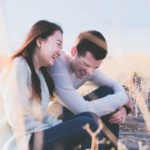