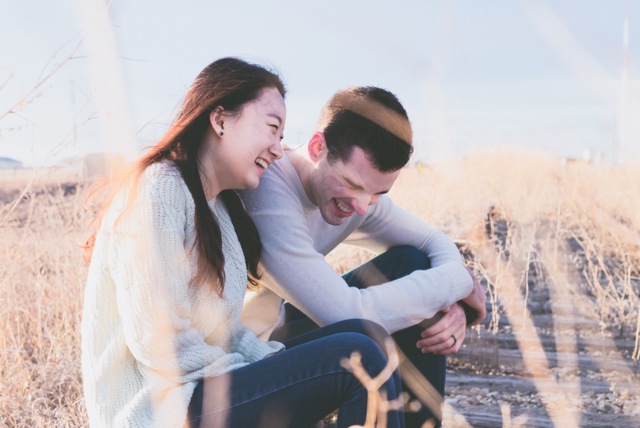 “There are two primary choices in life: to accept conditions as they exist, or accept the responsibility for changing them.”

Ask yourself this question: “How many of my decisions are made from anxiety, and how many are well thought out?” When I asked myself that question and answered it honestly, I got a big wake up call. I realized that many of the decisions we all make in our daily lives are driven by anxiety and emotions. We take action to avoid feeling anxious or make decisions to reduce feeling uncomfortable. But in reality, those decisions can possibly lead to more discomfort down the road. When making decisions from anxiety, we aren’t being true to what we really want. When we make decisions on impulse, we become less of a self, which can inevitably create more anxiety in our lives. It’s a paradox if you think about it. We make decisions to try to reduce anxiety in the moment, only to find that it actually increases over time.

So what can we do about it? The first thing is to work on ourselves and realize it’s not about what our anxiety wants, it’s about what we want. Our anxiety stems from past experiences and can even be passed on from generation to generation. It’s that twisted feeling you get in your gut telling you there’s danger nearby. Sometimes it makes sense to listen to your anxiety about a situation, but most of the time it’s just rubbish from the past. This is why it’s important to add thinking to your emotions in the decision-making process. Ask yourself: “Is this really something to be anxious about?’ and “What is the better decision, really?” When you bridge that gap between thinking and feeling, you stop carrying around past anxieties into the present and can start to increase your solid sense of self.

When Rebecca first came to see me, she was at a breaking point with her sister. She said, “I’m just going to cut her out of my life. She’s just too stressful.” After speaking with Rebecca some more, I saw that this was a bit of a pattern in her life, as well as in her family; there was a theme of cutting people out when the stress got too intense to bear. You see, if you look at someone’s family tree, predictable patterns arise. You can see that the way people deal with anxiety is passed on from generation to generation. This is why alcoholism, drug use, and various other disorders are passed down from one generation to the next. Without realizing it, Rebecca’s initial response when she got sufficiently anxious was to just cut off her sister. This was the very same thing her mother had done in her family relationships. Rebecca’s mother hadn’t spoken to either of her brothers in years. To manage the anxiety created within their close family relationships, both Rebecca and her mother would back away and try to delete people from their lives. While that worked to reduce their anxiety for a little while, over time it only created more anxiety and didn’t really resolve anything.

Seeing Your Role In The Relationship

Rebecca was only blaming her sister for their conflict, not taking any responsibility herself. Taking this kind of a stance creates real difficulty when trying to build a self, because it keeps people from recognizing their part in the relationship. I posed a question to Rebecca—one that sometimes upsets clients: “There is a theory that states, two people equally contribute to the issues in a relationship. What do you think about that? And if you were to agree with this, in what ways have you contributed to the conflict with your sister?” Lucky for me, Rebecca was open to this type of thinking; she shared with me the ways she contributed to the relationship conflict. She told me she was always too nice, saying yes when she wanted to say no, and not setting boundaries. She said she did that a lot with friends and boyfriends. She would go along with everything until she’d reach a breaking point and would just stop talking to those people. Rebecca would make decisions that would avoid possible conflict in her relationships; however, those anxiety-based decisions would inevitably lead her to get fed up with other people and cut them off.

Rebecca would also find herself wishing people would be different than who they really are. I asked her, “What difference would it make if you looked at your sister for who she is, rather than who you wish she would be?” Rebecca wished her sister would be more responsible and stop asking for help all the time. She thought cutting her sister off was her only option, but it wasn’t. Instead, Rebecca could accept that her sister would always be less responsible than she hoped. She also realized that she had the option to say no to her sister’s requests, because her sister’s problems were not her problems.

Instead of cutting off her sister, Rebecca started to be an objective observer of her own life; she began to accept people for who they are. This allowed her to become more of a self, which ultimately enriched her relationships. It also helped reduce her chronic anxiety.

By being an observer of her own life, Rebecca could be more mindful and thoughtful in her decisions, leading to less impulsivity. You see, some people only have their reactions to go on, which can result in chronic anxiety. When you educate yourself about the patterns in how you react when stress is high, you leave more options available for how to respond in the future. This allows you to build more of a self and results in better outcomes in the future.

Being an Observer Activity

When an opportunity arises to make a mindful decision, start by observing the situation. By observing from the outside, you can look at the situation from a more objective standpoint, instead of an emotional one. Looking at situations logically allows for better decision making on your part. Once you observe a given situation for what it is, ask yourself, “What would my best self like to do in response?” and then do that.

There is no time limit on this activity, but it’s helpful to gather the information for yourself in the process of building a self. When an opportunity comes up to react, ask yourself, “What would my best self like to do right now?” “What actions would make me happier?” “What does my inner self want to do?” You don’t have to answer all of these questions; maybe choose one variation that fits with you. When something arises in my life that requires my attention, I ask myself, “Who do I want to be in this situation?”

Take obstacles, situations, and interactions with people as an opportunity to express who you are and who you want to become. Use them to help you show your true self. The only way to really know who you are is to try on certain actions for size and see how they fit. Over time you may notice that acting in ways that fit with who you are simply feels better than acting in ways to appease your anxiety in the moment. This will allow you to continue to make better decisions for yourself in the future. 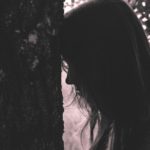 How to Manage Your Emotional Triggers 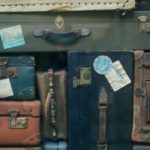 How To Love Someone Without Taking on Their Emotional Baggage