How to Be Truthful Without Being Hurtful: A Strategy for Creating Fulfilling Relationships

Home / Relationships / How to Be Truthful Without Being Hurtful: A Strategy for Creating Fulfilling Relationships

“The only person we can change and control is our own self. Changing our own self can feel so threatening and difficult that it is often easier to continue an old pattern of silent withdrawal or ineffective fighting and blaming.”

My client, Jeff, was faced with a big task: figuring out how to be honest with his wife without verbally attacking, blaming, or attempting to change her. His situation is pretty similar to one we all face. When we’re faced with something we don’t like in our relationships, we tend to think we have only two options: 1) say nothing to the person, and try to ignore the issues; or 2) yell at the person for hurting us in an attempt to change him or her. What we often fail to see is that we have another option available to us—one that changes the focus from the other person to ourselves. Instead of getting hung up on what needs to be different in the other person, this option involves looking inward and asking what kind of person we want to be in relation to others.

Through our work together, Jeff started to ponder his grievances with his wife and consider how he could be strategic about confronting her. He knew he wanted to feel close to her, but the more he tried to change her and unload his grievances, the more she pulled away. Jeff believed that his wife was irresponsible; he told me he was always picking up the slack around the house and paying the larger part of the bills. He always dealt with it by holding in his frustrations until one day he would burst, screaming at her for being childish. He didn’t know how to make her more responsible or get her to see how her actions were harming their relationship.

After coming up with a plan in therapy, Jeff decided that instead of yelling at his wife about her faults or holding in his anger, he would start to talk to her about it. He decided he would explain to her that he was willing to contribute to the family and relationship, but there were certain things he was no longer willing to do. He got to this point by defining himself and his limits instead of focusing on what he wanted from his wife. When it came time to talk to his wife, Jeff said something like this: “Jennifer, I’ve come to the conclusion that I can no longer be the one who works full time, takes care of all the bills, and does all the housework. I’m willing to do the things we’ve discussed, and I’ll no longer take part in the things you’ve promised to take care of. I hope you’ll find a way to contribute by doing your part with the housework and bills, like we’ve discussed. I’d like someone to share all of these responsibilities with.” Jeff wanted to feel close with his wife again, and he noticed that the fighting and/or holding in his frustration only disconnected them more. If he could express to her what he was willing to contribute and define himself instead of blaming her, Jennifer could be more open to having a conversation without feeling the need to get defensive or hurt from his insults.

Over time, the way Jeff spoke to me about his marriage started to transform. He would talk about how his wife’s behaviors affected him instead of blaming her for being a childish person. When Jennifer started to take on more responsibility, Jeff began to feel closer to her. However, he noticed that when she would do something irresponsible again, like make a late payment, he would distant himself and feel the need to fix it. Instead of reacting in old ways, he made an effort to communicate in more effective ways, remaining attuned to his reactions in order to change them. He stopped blaming and yelling, and instead would say things like, “Jennifer, when you don’t pay a bill, I feel myself wanting to hurry up and take care of it. It puts a lot of pressure on me, and I feel overwhelmed. I like feeling more relaxed and closer to you, and this pushes me away. I would prefer to be enjoying our time together, rather than wondering if we’re going to have the lights turned off.”

It’s easy to succumb to our frustrations and anger, placing them on other people when they do things that upset us. We accuse them of making us feel responsible for them and their actions. But Jeff decided he wasn’t getting anywhere doing that; instead, he was just getting closer and closer to the divorce lawyer’s office. He wanted to feel in control of his life without being angry all the time, so he found a better way to be truthful with his wife without hurting her. Jeff no longer needed to dump his feelings of disappointment on her. He was able to better process his feelings and learn to manage himself. For years, he had occupied the over-functioning position in his marriage, because it’s the role he always took in his family of origin. After some reflection and effort, Jeff was finally able to see that he needed to make some changes in his way of relating to the people closest to him. He found a way to be honest about how much he cared for his wife without needing to take care of everything himself. He discovered that caring for other people doesn’t have to mean taking care of their responsibilities.

When you’re ready to start exploring how to address the people in your life, ask yourself these questions: Instead of attacking someone I’m upset with, what are some ways I could start setting limits, expressing what I’m not willing to do in the relationship? Who is it that I want to be as a husband, wife, daughter, son, employee, etc.?

If we scratch beneath the surface of our relationships with people we love, we’re likely to see that the issues we might have with them lie in what we’ve failed to communicate to them in an honest, mature, and rational manner. We’re likely to see that there are unexpressed emotions lingering, which seep into and appear in our other relationships. We have to be real and honest with ourselves so we can be real with other people. It’s hard to be authentic in our significant relationships if we haven’t dealt with our own stuff and communicated honestly about it.

Using proper language and tone when communicating is one way to fulfill our relationships. Speaking beneficially and delivering tactful feedback eliminates the chance of causing unnecessary hurt. It also creates a happier environment filled with opportunities to grow. When we communicate authentically, kindly, constructively, and consistently about what we believe in, we can create richer and more meaningful relationships. It isn’t easy to apply this strategy when we’re angry or hurt, but our relationships will give us plenty of opportunities to practice. 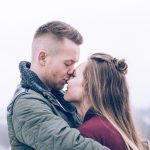 Managing Anxiety to Improve Your Relationship 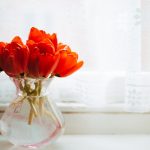 How to Appreciate What You Have Already