Home / Personal Growth / Apologies Are a Sign of Strength

“It takes a great deal of character strength to apologize quickly out of one’s heart rather than out of pity. A person must possess himself and have a deep sense of security in fundamental principles and values in order to genuinely apologize.”

If we’re honest with ourselves, we all make bad decisions or find ourselves in the wrong sometimes. That’s okay; it’s part of being human. But it’s how we own up to our mistakes that makes all the difference. We tend to view apologies as a sign of weakness—as if we are less of a person if we make a mistake. But in fact, owning up to our flaws and mistakes requires a lot of strength and self-awareness. Even if we do muster up the strength to apologize, however, we don’t always get it right.

A genuine apology offered and accepted is a way to stay close and connected to those you care about. It has the power to create forgiveness, acceptance, and increased intimacy between people. However, we don’t tend to apologize all that much. Instead, we tend to get defensive and upset if someone tell us we offended them. Most of us never learned how to apologize or how powerful our apologies can be. You see, apologizing is very different from believing you’re perfect and can do no wrong. A genuine apology requires empathy, security, and the strength to admit your faults and weaknesses. Many of us are so consumed with our subjective experience and our need to be perfect that we can’t concede our own mistakes.

As most of you probably already know, unsaid apologies can strain any relationship and create resentment. How many grudges do you hold that could have been avoided altogether or been reconciled with a genuine apology? Not surprisingly, religious writings, in both Christian and Jewish traditions, are a rich sources on the subject, under such names as absolution, atonement, forgiveness, penance, and repentance. The Talmud, in fact, declares that God created repentance before he created the universe. He wisely knew that humans would make a lot of mistakes and have a lot of apologizing to do along the way.

No doubt, the most common and compelling reason to apologize is when we’ve committed a personal offense. Whether the insult to another person was intentional or unintentional, when we commit a personal offense, we’ve hurt the person’s self-concept. Our self-concept is the idea we hold about ourselves. It’s our thoughts and feelings about who we are, who we would like to be, and how we would like to be perceived by others. Whether the insult happens in a professional, family, or social setting, its depth is determined by the meaning the event carries for the offended person, the relationship between the offender and the offended, and the degree to which the offended takes things personally. When an insult has occurred unintentionally and an apology is in order, here are four basic motives for apologizing:

• To salvage or restore the relationship. Whether you’ve hurt someone you love, like, or just plain need as an ally in your family, an apology may bring a troubled relationship to life.

• To convey empathy. You regret that you’ve hurt someone you care about, and you apologize to diminish or end that hurt.

• To escape punishment. This is the case of the criminal who apologizes to his victim in exchange for a lesser plea.

• To relieve oneself of a guilty conscious. You feel so upset about what happened, even though it may not have bothered the other person that much, that you end up apologizing for it. The underlying motivation here is to maintain some self-respect and keep your self-concept intact.

Whatever the motive, when you admit to your wrongdoing and acknowledge your shame, you give the offended person the power to forgive. That exchange is at the heart of the healing process. The most common cause of a failed apology, or an apology never given, is the offender’s pride. To apologize, you have to acknowledge that you made a mistake. You must admit that you failed to live up to all of your values, thoughtfulness, fairness, and honesty. This is an admission that your own self-concept, your idea about yourself, is not perfect. To honestly admit what you did and show empathy creates shame within and shows your vulnerabilities.

The largest stumbling block to apologizing is our belief that doing so is a sign of weakness and an admission of guilt. Many of us have the misguided notion that we are better off ignoring or denying it and becoming defensive instead of just saying we’re sorry. The truth is, an apology is a show of strength. It’s an act of true honesty, being that we admit we did something wrong. It’s an act of generosity, because it restores the self-concept of those we offended. It offers hope for a renewed relationship, and strengthens our connection with the people we hurt. To apologize is an act of love, because it allows us to work on our relationships and our personal development. It’s an act of true courage, as it subjects us to the emotional distress of shame and the risk of humiliation, rejection, and retaliation at the hands of the person we offended. All dimensions of the apology require strength of character, including the conviction that while we expose vulnerable parts of ourselves, we are still good people. 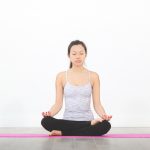 6 Ways to Maintain Your Integrity When Dealing with Difficult People

Understanding Anxiety From A Systems Perspective