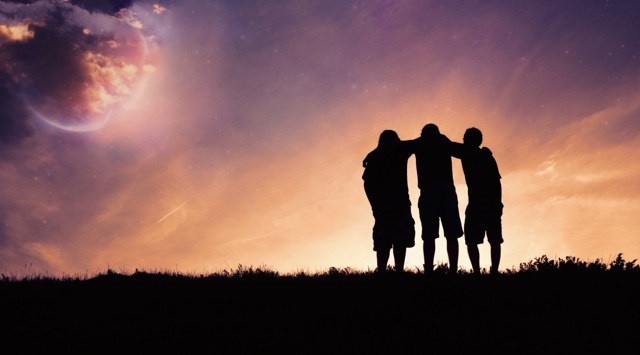 “Nothing will ever change while you point the finger of blame. Out of responsibility comes possibility.”

“Why is it so hard to admit when you’re wrong?” exclaimed my client Sam to his wife, Marlin. Sam explained that when Marlin did something to hurt him, it wasn’t so much the action that bothered him but the fact that she would never take responsibility for it and would, instead, get defensive, finding a way to place the blame on him. Many people don’t try to mend hurt feelings in their relationships because they can’t or won’t take responsibility for their actions; this ends up making the offended person feel worse. It actually takes a lot of strength and self-awareness to recognize when you’re wrong or acknowledge that you’ve hurt someone. Confronting the people in your relationships when they’ve hurt you pushes them to face their pride. It’s hard to admit when you’ve done something wrong—especially when you’re too prideful to place yourself at the mercy of others. What Marlin later came to realize is that she engaged in denial or placed blame on others so that she wouldn’t have to deal with her own shortcomings. It was hard for her to see that she made her own mistakes and sometimes contributed to the problems in her marriage.

“It takes vulnerability to say I’m sorry. That’s why I have a hard time with it,” said Marlin. It wasn’t that she was mean or evil, like her husband sometimes believed; it was that actually taking a step back and realizing she was the possible cause of another person’s suffering was hard for her to accept. I can relate to that, because I used to get defensive or shut down emotionally if someone ever confronted me for doing something they didn’t like. Mostly I got defensive because I didn’t want to admit that I had hurt someone or made a mistake, especially if that wasn’t my intention. However, the thing about someone else’s hurt feelings is that you can’t argue your way out of them. It’s a subjective experience. If you did something and that something was interpreted in a way that was unpleasant for another person, then it is what it is. No amount of defensiveness is going to change that. By accepting that, you can learn from your mistakes, instead of denying them.

The Importance of Forgiveness

“Forgiveness is not about letting someone off the hook for their actions, but freeing ourselves of negative energies that bind us to them.”

In your family, are there people who aren’t on speaking terms? If there are, you’re not alone. Research reveals staggering figures for how many people in a given family aren’t on speaking terms. And when you ask people to explain what caused this, they often give childish responses. If there is forgiveness in families, it usually exists on the superficial level. Family members might ask for forgiveness but won’t really understand what they did or feel truly sorry about it. That, or they brush their feelings under the rug, believing the other person will never understand. A deeper level of forgiveness acts as a way to repair the relationship. It occurs when you’ve been hurt by someone close to you and you work through all the conflicting feelings to get to a place of true acceptance of the problem. In order to repair the relationship, both parties must engage in mutual acceptance and a deeper level of forgiveness—for themselves and for each other.  So how do we do that, especially when it comes to disagreements within our own families?

1. Know it’s okay to be vulnerable. Dr. Luskin has acknowledged that in his work with hundreds of patients, he always considers what he refers to as the nine steps of forgiveness. The first involves accepting responsibility for your own role in causing others hurt. It means knowing how you feel about what happened and being able to clearly communicate what aspects of the situation are not okay with you.

Dr. Luskin explains that the reason forgiveness is such a popular topic is that we hurt people all the time. Think about it: I’m sure you’ve experienced many relationship issues, many of which you didn’t know how to mend. It’s important to really try and understand how your actions affect others, especially in family relationships. In order to do that, you have to allow yourself to be open and vulnerable. Being vulnerable means acknowledging and admitting that you hurt someone.

2. Say “I’m sorry.” But when you say it, make sure you really mean it and are genuinely sorry. A real apology is when you admit to the poor choice you made that directly hurt another person, and when you truly feel responsible for what you did. When a person accepts responsibility and promises to make up for what they did, it can not only repair the relationship, but strengthen it as well. We must remember that apologizing isn’t a bad thing; it’s only natural to make mistakes or occasionally hurt someone without intending to. Once the harm is done, it’s important to come forward, apologize, and not continue making the same mistakes.

3. Ask for forgiveness. Not all forgiveness happens between people in a conversation. Sometimes we must seek or offer forgiveness to people who are no longer living or with whom we no longer have contact. However, a majority of relationship issues occur between individuals who have an ongoing relationship. After you’ve said you’re sorry, you have to move beyond the apology to re-establish your relationship. Apologies are just words. As popular Minister Dr. Amy Butler (known as Pastor Amy) says, “Forgiveness is the next stage, where we are actually engaged in the unusual act of reconciliation. I can get up on the dance floor by myself and look really beautiful. But if what I really want is to dance with you, and you won’t get up on the dance floor, then I will always be on my own.” By contrast, she says, the moment of receiving forgiveness “is this moment of true humanity when we are seen for who we really are and loved anyway.”

These are just a few ways you can approach forgiveness, moving beyond the simple uttering of the words, “I’m sorry.” If you know you’re wrong about something, it’s important that you come clean and acknowledge what you believe you’ve done wrong. This will allow for more openness and intimacy in your relationships. Unfortunately, some people will never admit to being wrong or say they’re sorry for their actions. They may even go on denying them for years to come. This is especially painful in situations that involve abuse, infidelity, or crimes committed. Whether or not you receive a direct apology from someone who’s harmed you, it’s still important to try to find forgiveness within yourself. This doesn’t mean that you need to keep a relationship with the person who’s hurt you, or even that you accept their behavior. It just means releasing your resentment and anger, which is no good for anyone. No matter what’s happening, find the strength to forgive and let go so that you can live your life with love and understanding. 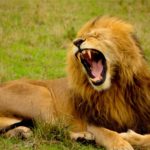 Being Your Own Self: What To Do When Anxiety Affects Your Family Relationships