It’s Not Your Fault: Healing Your Inner Child After Verbal Abuse 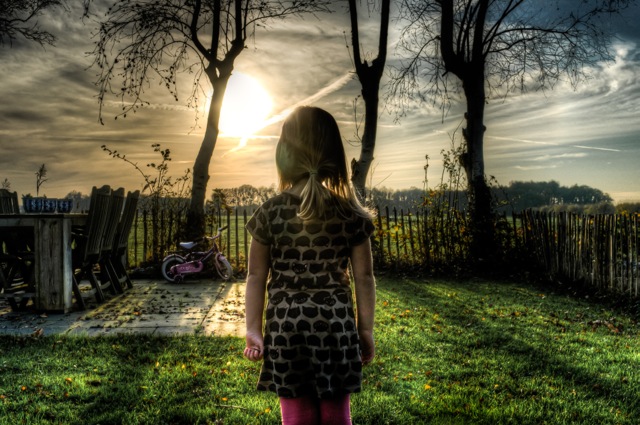 “It is easier to build strong children than to repair broken men.”

I quickly ran to my car, closed the door, and only then felt safe enough to allow tears of empathy to roll down my cheeks. I had been suppressing those tears so that no one else would see me cry, holding them in the pit of my stomach to be released when I was ready. Finally, once I was alone and felt safe, I allowed myself to let go of the overwhelming emotions I had been holding. Minutes before, I had witnessed a mother verbally abusing her daughter. “You stupid idiot. You will never amount to anything in your life. I should take you to get your brain checked,” she shouted at the 9-year-old girl. The daughter’s uncontrollable tears just made her mother more enraged. “What are you crying about? I am the one that is stuck with you,” the mother exclaimed. I wanted to say something, but another lady intervened, asking the mother to please stop. The mother looked at her and said, “Mind your business, and don’t talk to me.”

In recent years, more and more people have been seeking therapy to address the after effects of abuse. As a society we are obsessed with physical and sexual abuse—which are, of course, serious problems—but verbal abuse often goes overlooked, and even if it is acknowledged, it isn’t possible to take any legal action against it. Over time, children who are emotionally abused learn to develop a thick shell to cover their deep wounds, making them appear unharmed. As these children get older, they may go through life wounded without anyone noticing their pain. They walk around believing hateful things about themselves, not accepting love from others or themselves. They often feel at war with certain aspects of themselves or particular emotions without really knowing why. Their sense of self just feels broken.

Not many things shock me to tears anymore, but I felt deeply for that young girl. I have worked with survivors of abuse and have heard their accounts of the ways they were harmed. While I am always deeply moved to hear my clients’ stories, it is different actually seeing it live. Knowing that young girl is growing up with a mother who expresses hateful words to her—a mother who should unconditionally love her, speak to her about her good qualities, and encourage her, but instead puts her down—was impactful enough to bring me, a perfect stranger, to tears. If your own mother sees you as stupid and worthless, why wouldn’t you start believing that yourself? I know I would.

I have seen verbal abuse cripple some children into adulthood, but I’ve also seen others use their abuse experiences as motivation to thrive and prove their worth by working their way out of the binds of the hurtful words they’ve heard. As they get older, they recognize that the abuse they experienced is something they have to live with. Whether past abuse cripples people, or whether they use it to grow and learn, the hateful words they’ve heard don’t just disappear over time. They aren’t easily forgotten and, in most cases, can’t be ignored. Many people keep them as secret bruises that awaken when they feel criticized, disappointed, or see other people being abused. In those moments, the feelings they might have thought were gone come right back.

You see, the even bigger tragedy is that the child’s mother was probably abused herself. Research and accounts from seasoned therapists reveal that abuse gets passed on from generation to generation; it becomes a way to deal with adversary within a family unit. That mother probably thought she was justified in speaking to her daughter that way. She’s probably carrying around wounds from her past, never healing her inner child. Without being aware, reflecting, or taking the time to heal, many people will, unfortunately, blindly repeat their parents’ mistakes.

As a helpful exercise for clients working through the aftermath of abuse, I have them write a letter to their inner child, the one deep within who hasn’t had a chance to flourish or build a strong sense of self because of the abuse. I usually have them write this letter after a lot of healing has taken place. I ask them to explore questions like, “If you could speak to yourself as a child, what would you want him/her to know? Or what would be important to tell yourself?” And “What would you like to tell yourself that might have helped you during the abuse?” Below is an impactful letter from one of my clients to her inner child. She wrote it as a way to complete the healing of her inner child, so that when she has children of her own, she doesn’t repeat the same mistakes her mother made when raising her.

It may be hard for you to believe, but you have worth far beyond what anyone else says about you. You have something that makes you very special. At this age you think your parents know everything and that there is truth and wisdom in all of their words. It is hard to believe, but your mom is probably still healing from her pain, and she isn’t perfect either. She is sad from what her mom and dad did to her. That sadness makes her mad at you. Adults say things that they don’t mean and say things even if you did nothing wrong. It is not your fault and has never been your fault. I want you to remember that you deserve better from your mother, that you are so amazing with so many gifts. Don’t let her unkind words take any of that away from you. You are a good girl. You are a smart girl. You are a beautiful girl. I love you. Grandpa loves you. Grandma loves you. Your brother loves you. Your mom loves you- she just doesn’t know how to show you love the way you deserve it. Remember this about yourself, so one day you can accept the love you do deserve and become the person you deserve to become. Let this experience make you a compassionate person, not an angry person. Let it guide you into great things, not just to prove people wrong, but also to prove yourself right. You will grow up and make a difference.

Your Grown Up Self

There is nothing we can do in order to change the past. We can’t trade in our family for a new family, and we may feel powerless to stop the cycle of abuse. As we get older we can change how we see the past, recognize it’s not our fault, and seek some type of help. Healing requires time, understanding, support and deep personal honesty. If you were abused, know that it’s not your fault, you aren’t damaged, and you have a chance to live a meaningful life. Here are some things to remember when on the journey to heal your inner child from the effects of verbal abuse:

Doctor Ilene
Related Posts
Showing 2 comments
SIGN UP FOR MY NEWSLETTER
Get Social With Me
Recent Posts
Instagram
LET’S GET SOCIAL
HOME | ABOUT ME | MY BLOG | CONTACT ME
2017 Dr. Ilene S. Cohen | All Rights Reserved | Powered by Hardcore Advertising 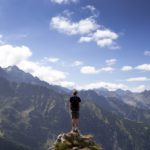 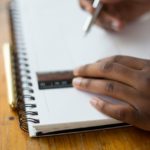 When Guilt Keeps You From Setting Necessary Boundaries in Your Relationships