Thinking of Anxiety as the Symptom, Not the Problem

Home / Personal Issues / Thinking of Anxiety as the Symptom, Not the Problem

“Even if you’re on the right track, you’ll get run over if you just sit there.”

People think that discomfort is the problem, that feeling uncomfortable is the issue in need of fixing, that experiencing the anxiety associated with distressing situations is the disease. It’s not. The experience of discomfort, anxiety, and sadness—that feeling like your back is up against the wall—is an indicator that there’s a problem. It’s the fire alarm, not the actual fire. In other words, anxiety is a symptom, not the actual disease. Anxiety is the sign that let’s you know you aren’t getting your fundamental needs met. It’s the signal letting you know that you need a tune-up.

When we change our perspective to see anxiety not as a disease that needs curing, but as simply a symptom of the real problem, real change starts taking place. Instead of seeking to get rid of anxiety immediately, we’re able to work with it, be with it, and understand it. Just as it would be if a fire alarm went off in your home, you might first asses the situation, look around, and be curious about where the smoke is coming from. You might call the fire station for backup if you see an actual fire. But I’m sure you wouldn’t just run off and do nothing about it, hoping the fire would take care of itself. Similarly, if you were to feel a lump in your throat or breast, you probably wouldn’t just assume it was benign and never get it checked out. That, however, is more or less what most of us do when we feel anxious. We do many things to avoid or run from our anxiety instead of trying to check it out and see what it’s telling us about our lives.

When we are anxious, we become under or over involved in others’ lives. We use drugs, gamble, overeat, under-eat, shop, or work excessively. We run off in the other direction to suppress the uncomfortable feelings instead of trying to manage ourselves and our experience. We numb ourselves or cause harm to ourselves without investigating the real source of our suffering. People are prescribed drugs like Xanax—a drug that research has shown to be more difficult and dangerous to withdraw from than heroin—to subdue their anxiety, often without any other treatment or further assessment of the problem. Studies have shown that while Xanax reduces anxiety in the first weeks of taking it, a reduced dose in an effort to stop use is associated with a worsening of anxiety by up to 350 percent. Today, estimates suggest that over 50 million prescriptions of Xanax and its generic formulations are filled in the US every year. This is how serious anxiety is and how much it affects people’s lives.

There’s something about being anxious that makes people believe it’s the problem. I can assume this is because it’s so damn uncomfortable to be anxious. I get it; if I have a headache I take an Aleve. But if those headaches continue, there may be an underlying issue that I’m ignoring, and taking Aleve won’t really solve anything. We treat anxiety like it shouldn’t be a natural feeling—like it’s something that must be dealt with through medication. Some doctors, psychologists, psychiatrists, and pharmaceutical companies actively push the drug, which solidifies this very belief. But in reality, that specific solution only exasperates the problem by 350 percent! I understand that some people really suffer from debilitating anxiety, and medication is a way for them to function in their daily lives. However, study after study has demonstrated that people who don’t need the drug are being prescribed it. People who could learn to better manage their anxiety in other ways are popping Xanax instead of actually dealing with their lives. If you really want to get rid of chronic anxiety, you must become clear on how to manage yourself in stressful situations. Once you do this, the symptoms of your anxiety will actually start to reduce. The other “solutions” only make the problem worse in the long run.

There are three basic biological responses to anxiety: 1) Fight, 2) Flight, or 3) Freeze. These are our evolutionary “go to” moves when a situation arises that makes us anxious. But what if instead of these three options we choose a different path? What if we choose to respond instead of react? Through our evolution over time, humans have developed the ability to logically think through situations instead of just react to them. Believe it or not, anxiety can decrease over time; but it can also continue, and even get worse, through the use of avoidance solutions like the ones listed above.

An example of reacting when anxiety arises is to 1) throw a fit; 2) run away from the situation by going to the casino, closest bar, or mall; and/or 3) retreating into your room, turning on the TV, and taking a nap.

An example of responding instead of reacting when anxiety arises is to 1) recognize it, 2) accept it, 3) talk yourself down (a.k.a. self-soothe), and 4) bring yourself back to the moment.

Sometimes if you repress your feelings of anxiety they can manifest as physical symptoms, keep you awake at night, deplete your bank account, or affect your close relationships. If you engage in harmful behaviors to repress anxious feelings, it’s time to seek help in order to find healthier ways to deal with your anxiety, and accept that there’s an issue.

I once attended a conference at which the main speaker, a psychotherapist in practice for over 30 years, stated that every person who came into his office was attempting to manage their anxiety, it just manifested in different ways.  Instead of attempting to “fix” his clients, he simply tried to understand the problem from their perspective, making therapy a research effort rather than a problem-solving adventure. He stated, “The more uptight I am about trying to fix the problem, the worse the client does. The more I take a research stance, the better they do.” This holds true for people in general: they do better when they aren’t trying so hard to fix their problems and instead just get curious about what’s going on with them. Be careful not to confuse that with ignoring or being in denial about the issue. Totally ignoring the issue is just as damaging as becoming overly involved in it or trying to fix it. Think about it. When you’re drinking, using medication, watching too much TV, or overeating, how much of the attempt to fix the problem actually gets in the way of you really solving it?

There are different reasons for your anxiety, including your genetics, temperament, how you grew up, your environment, what you eat, and a combination of these. Each person is different. In future articles, I’ll get into more detail about possible reasons why you feel anxious. However, the reasons you may be experiencing anxiety are very personal and different for everyone.

What I want to get across for now is that the limbic system, the personal alarm living in your brain, is being alerted whenever you’re anxious. If you’re having trouble managing your emotions to the point that you don’t know if there’s real danger, you’re likely to experience chronic anxiety. Anxiety is a symptom, like an engine light coming on or an alarm sounding. Don’t ignore it by throwing yourself into harmful behaviors. That’s the easier, more temporary fix; it’s hardly a solution for life. I know it’s hard to change, but just remember, as psychologist Steven Hayes has said, “If you always do what you’ve always done, you’ll always get what you’ve always got.”

Doctor Ilene
Related Posts
Comments
SIGN UP FOR MY NEWSLETTER
Get Social With Me
Recent Posts
Instagram
LET’S GET SOCIAL
HOME | ABOUT ME | MY BLOG | CONTACT ME
2017 Dr. Ilene S. Cohen | All Rights Reserved | Powered by Hardcore Advertising 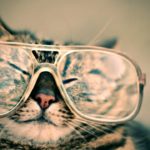 What if the Pursuit of Happiness is Actually a Source of Unhappiness? 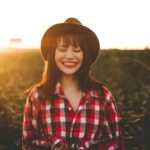 Be Honest, Do You Actually Like Your Life? Tips from Regular People on Inviting Joy Into Your World