7 Tips on How to Kick the Habit of Indecisiveness 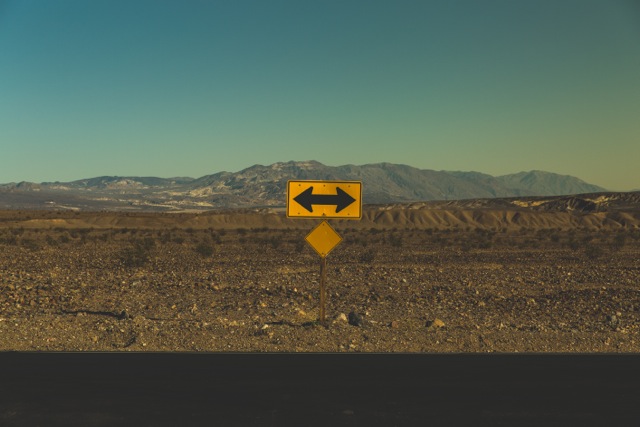 “You’ll know you’ve made the right decision when there is peace in your heart. Stop listening to what the world says you should do. Start listening to your own heart. There are only a few people in this world who will stay completely true to you, and YOU should be one of them. Listen to your own voice, your own soul, too many people listen to the noise of the world, instead of themselves. Deep inside, you know what you want, let no one decide that for you.”

When I was growing up I always seemed to choose friends who were “bossy.” They usually knew what they wanted and made all the decisions, and I tended to go along with it. As I grew older, I started to make new friends who were a little more like me: easygoing and not insistent on having the final say. Making plans with these friends would sound something like this:

That type of conversation would go on for a while. I came to realize that the reason I had always made friends with people who would quickly make decisions about what we would do, is so that I wouldn’t have to. I was so indecisive that even choosing what I wanted to eat was a challenge, so I found it easier to let someone else choose for me. When it comes to simple choices, like where to go eat or what movie to see, isn’t such a big deal to push the decision on someone else. But when it comes to the big choices in life, it can become an issue.

Can you relate to me on this one? Do you believe you lack the ability to make decisions? Do you find yourself asking other people, “What should I do?” “Where should we go to dinner?” “What’s the best decision?” If you’re in a position of having to make a choice in a situation, do you go around asking things like, “What would you do?” Do you poll your smartest friends, family members, and colleagues to help you make the final decision?

Reasons You May Have a Hard Time Making Decisions

People usually struggle to make choices because they don’t believe in their ability to think for themselves; they believe other people are more capable of making the “right” choice for them. When this is the case, they pawn off small and major decisions to others so they can feel more confident in their decisions. The problem with this is that it gives other people control. If you hand over the responsibility of choosing to other people, you let them take over your choices and actions, which you should be taking on yourself. Instead, you should learn to trust in yourself and your ability to make the best choices for you .No one else can make the right choices for you; it’s something you must do for yourself.

One way to take ownership of your life is to take control of your decisions rather than handing them off to others. This will give you a sense of pride in the choices you make and their potential outcomes.

Some people have a hard time making major decisions because they don’t want to take responsibility for their lives and the results of their choices. You may think, “My husband, wife, partner, parent, or friend made the final decision, so it’s their fault, not mine if things don’t go well.” But the reality is, even if you try to blame the person who made the choices for you, as an adult, you’re still responsible for going along with them. Saying, “Well, he made me do it” no longer works once you’re over the age of 18. Therefore, it’s invaluable to take responsibility for yourself, and one way to do it is by being accountable for your choices, actions, and decisions. Even if you have someone else make your decisions for you, you’re still responsible for what happens, because you chose to go along with another person’s decision; no one forced you to do anything.

“Life is inherently risky. There is only one big risk you should avoid at all costs, and that is the risk of doing nothing.”

If you don’t start to take initiative in your own life, you’ll end up becoming a prisoner of your indecisiveness. You’ll limit your future opportunities, not allowing yourself to be open to changes that could enhance your life based on what you want. Here are some tips on how to kick the habit of indecisiveness:

1. Don’t try to overthink the outcomes of your decisions. Contrary to what we tend to think, it is almost impossible to calculate future outcomes, because people and life are very unpredictable. Therefore, making decisions is usually a crapshoot. Don’t get me wrong, it’s still useful to have confidence in the decisions you make; but it’s important to be aware that you have no control over the outcome of them. So don’t overthink things.

2. Don’t make decisions purely on impulse. Some people get so tired of thinking out all the possible outcomes of their choices that they immediately make decisions on impulse instead of dealing with the rough process of making a decision. It’s okay to make a decision quickly; it can sometimes be better than making no decision at all. However, if you have a history of making the wrong choices based on impulse, it’s better to think it out a little more.

4. Follow a balance between listening to your mind and trusting your instincts. When it comes to making the right decisions for yourself, you need to follow both your mind and your instincts. The best outcomes come from striking a good balance between the two. Logic alone will convince you to make the safer choice, which may not allow you to follow your passions. You also may end up stuck making no decision because you’ll convince yourself that more information will help make the choice easier. On the other hand, going completely with your gut feelings can lead you to make impulsive decisions. That’s why it’s important to listen to all aspects of your Self when making major decisions. As the saying goes, “Listen to your heart, but take your brain with you.”

5. Think about a time you said yes to something that turned out to be a great choice. How did you feel when you were making that choice? How did you come to that conclusion? Think about what made it a great choice. Looking back at the positive decisions you’ve made will allow you to see that you’re capable of making good decisions. Once you realize that you’ll be able to find the decision-making strategy that works best for you. I find that I don’t feel much hesitation when I’m making a good decision; I feel centered when I’m confident in my choices.

6. Choose what will give you more options in the future. No one wants to feel stuck limited in the choices available to them. Some decisions limit your flexibility and may cause more unnecessary stress in the future. Try to make the decision that may be the hardest one to go with at first but is likely to pay off in the long run. Allow the excitement about who you can be overcome your fear of making a difficult choice.

7. Ask the Miracle Question. When it’s time to make a tough decision, ask yourself the Miracle Question from Solution-Focused Brief Therapy: “Suppose tonight, while you slept, a miracle occurred. When you awake tomorrow, what would be some of the things you would notice that would tell you life had suddenly gotten better?” By asking yourself this question, you can fast forward to a future in which the decision has already been made, helping you determine whether it’s the right choice for you.

When we find ourselves in a dilemma over making a major decision, our logical mind sometimes convinces us that we need more time, need to ask more people, aren’t yet ready to decide. This may leave us paralyzed in fear of making the wrong decision. When we feel stuck in this way, we don’t make any forward motion. Even deciding not to make a decision is a form of decision-making; therefore, it’s important to go with whatever your mind and instincts are telling you. Listen to that inner voice that chimes in when necessary, because if you’re open to it, you’ll be able to hear it tell you what it is you really want. Once you know what you want, your logical mind can make it happen in a way that has better consequences for your future.

When it comes to making decisions, don’t be afraid to make mistakes, to fail and fall, because a lot of the time, the best decisions come from doing what scares you the most. The likelihood is that making the difficult choices will produce the outcomes you’re looking for. Although there’s no way of knowing where life will lead you, it’s important to honor and respect yourself enough to make your own decisions. 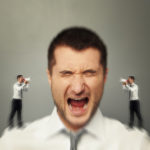 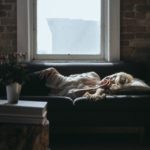