The Ultimate Strategy for Loving Again After Being Hurt

Home / Relationships / The Ultimate Strategy for Loving Again After Being Hurt 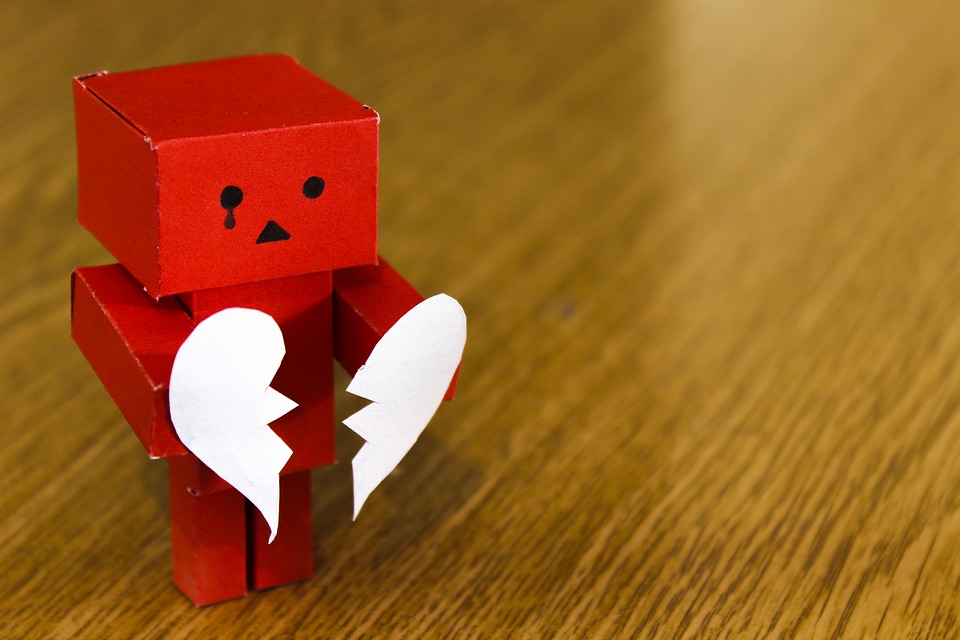 “Staying vulnerable is a risk we have to take if we want to experience connection.”

I looked into my client’s eyes, and I couldn’t believe I hadn’t seen it before. Behind her detached demeanor there was kindness, warmth, and love. She initially came to therapy because she believed she had lost herself after her heart had been broken several times. When I first met her, she had already been convinced that it would be a good idea to shut people out of her life. Once I was finally able to break through some barriers, I could see her true self behind all the pain. Love and kindness had allowed her to form meaningful relationships in the past, until a life of disappointment turned her warm heart into stone. Her true self was kind, gentle, and open hearted. However, after a series of unsuccessful intimate relationships, she believed she was no longer able to experience love and kindness in the present moment. She told me, “My ex took the good out of me. I have nothing left to give.”

Leaning into love and connection can feel like going into battle without any armor. Early on, romantic love experiences may be easy and effortless, like running naively into the open battlefield. But once we’ve been wounded, we tend to triple the amount of armor we need for the next round. Too much body armor makes it hard to move freely. We walk around stiff and overprotected. Though the purpose is to prevent people from injuring us, it also keeps us from being able to make our own meaningful attacks.

When the battle has ended and we have survived, it’s time to take off all that armor so we can live freely again. But this isn’t always easy to do. Naturally, many of us wonder, “Is it smart to remove my armor after I’ve been so deeply wounded in the past?” So we continue to walk around armored, believing it’s keeping us safe from harm, heartache, and pain. We close ourselves off from the best parts of life—the parts that make it meaningful—and we fail to realize that even if we leave the armor on, we may still lose our lives in battle anyway.

Shutting Out Love After Being Hurt

“When we think we have been hurt by someone in the past, we build up defenses to protect ourselves from being hurt in the future. So the fearful past causes a fearful future and the past and future becomes one.”

When other people hurt us, it’s easy to close ourselves off from connecting with people in the future. By building steel armor around our hearts, we aim to prevent ourselves from ever getting hurt again. Like my client demonstrated, the more harm we experience, the thicker our armor becomes.

We tend to believe we’re being wise and realistic when we close ourselves off from intimacy. And that logic makes sense. Why would we want to leave ourselves open to something that has caused pain in the past? Humans are usually smart enough to steer clear of things that will hurt them. To defend themselves after they’ve been hurt, people tend to numb themselves and go into protection mode—which is fine and normal for some time. But until we’re ready to actually deal with the pain and go through the motions, we won’t be able to make meaningful connections. There’s a reason people avoid dealing with the hurt. It can be like pouring alcohol into an open wound. Though it helps with the healing, it will burn the crap out of us in the process. So rather than trying to heal, many people close themselves off, blame people for being cruel, and crawl into their own cocoons. They convince themselves this is the only way to live, because their past experiences have taught them it’s too dangerous to love and be vulnerable to another person.

The Importance of Relationships and Vulnerability

“There simply is no pill that can replace human connection. There is no pharmacy that can fill the need for compassionate interaction with others. There is no panacea. The answer to human suffering is both within us and between us.”

Whether we like it or not, it’s important to understand that human connection is one of the most crucial aspects of a happy and fulfilled life. Next to food, shelter, and water, human relationships are at the top of the list. So even though they’re hard to maintain at times, they’re an important part of life that can’t be ignored or hidden away from.

Human relationships are so important that we’re biologically wired for them. Think about how boring and purposeless this life would be without friendships, intimacy, and family. Being human comes with a desire to be loved and accepted for who we are and to offer the same to others. Did you know that newborn babies need to be embraced, held, and cuddled in order to experience healthy psychological development? Studies show that newborn babies with little to no human connection and comfort don’t develop in healthy ways and, in some cases, even die.

Therefore, it’s important to be aware of the dangers of shutting people out and learn how to navigate the uncharted territory of being vulnerable in relationships. When we lose the ability to be vulnerable and close ourselves off to love, we also lose our ability to experience the joy that comes from relationships. As Brene Brown says, “We cannot selectively numb emotions; when we numb the painful emotions, we also numb the positive emotions.”

What if I told you there’s a way to love and be protected as well—that there’s a more modern bulletproof vest that doesn’t weigh you down but shields you from the harm? It’ll still hurt if you get hit, but you’ll survive. It starts with loving yourself and learning to trust your judgment, treating yourself with love, respect, compassion, and kindness. Once you do that, you can bring forward your true self, with all your vulnerabilities, and realize it’s okay to fight for your chance at meaningful relationships without carrying all that heavy weight in your heart. People tend to question themselves when they feel rejected by another person, and the pain they experience can be physical as well as emotional. Part of the pain comes from questioning whether they’re lovable the way they are. Some people then close themselves off from others. Because someone chose not to love them as they are, they internalize that as a sign that they’re no longer worthy of love.

My client wasn’t being true to herself when she closed off opportunities for love and connection. She gave up her sense of self in order to feel safe. She didn’t believe she had anything to offer someone else, and she was sure that being open would only lead to rejection again. But closing herself off had a worse outcome for her: an empty, lonely, and resentful life. She was viewed—not only by others, but also by herself—as being cold and rigid. She explained, “I can’t even feel warmth for a cute puppy or baby. I used to love animals. . . . I can’t remember the last time I had a good cry or laugh.”

I know you’ve probably heard countless times that you have to love yourself first in order to love others. This is especially true after you’ve been hurt, because if you truly love yourself, the pain won’t run so deep. When you have self-love, you’re able to open up and accept love from others once you’ve healed from the pain. That love will serve as a bulletproof vest. It will allow you to be vulnerable and open to the possibility of caring for another person. That’s why being vulnerable is a strength, not a weakness that needs to be hidden from the world. Once you learn that feeling emotions, including pain, is part of the human experience, you’ll be better able to love, get hurt, heal, and love all over again. It will become easier to make intimate connections with people. It’s important to take the time to heal and evaluate what went wrong in your past relationships, rather than quickly jumping into something else. You need to see what part you played in the break up, not hide away and blame others for making you feel unlovable. You’ve got to learn from the past, feel the pain of loss, and then let go.

Why Being Vulnerable to Love Is a Superhero Strength

“We cultivate love when we allow our most vulnerable and powerful selves to be deeply seen and known, and when we honor the spiritual connection that grows from that offering with trust, respect, kindness, and affection.”

Allowing yourself to be vulnerable requires you to open up the parts of you that you closed off after being hurt. Vulnerability is hard to express, because it involves accessing parts of yourself that others may have disapproved of. But when you have a strong sense of self, it won’t matter how others view you, because you’ll be aware of and open to your vulnerabilities. Once you become aware of all the parts of yourself, you won’t feel the need to close yourself off.  You’ll be able to throw alcohol on your wounds and give them time to heal so that you can experience love again. Since you deeply and solidly love yourself, you’ll no longer need approval from others. It takes a lot of strength to honor all the parts of you, regardless of the opinions of others.

I’ll conclude this post with some words from the client I mentioned earlier:

“It is important to remember that emotions just exist, and it is in how we handle them that truly matters. Don’t shy away from sadness, anger, pain, or fear; embrace them, because you know that heartache can easily convert into strength if you honor your pain. Being vulnerable involves accepting yourself thoroughly, and being truly honest about your emotions. It’s not helpful to shut off your emotions. Believe me, I have done it. You need to accept whatever may come, and express it openly without judgment. This way you will know what to look for in another in the future. When we ignore that which we do not want to see, feel, or experience, we repeat those very behaviors in the future. We open ourselves up to the very experiences we were trying to avoid in the first place. My advice: Be honest with yourself, don’t place so much value on other people’s opinions, and know you deserve love regardless of what other people think.” 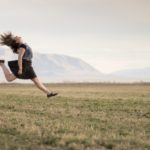 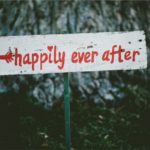