How Can We Prevent School Shootings? A Mental Health Professional Looking for Answers

Home / Uncategorized / How Can We Prevent School Shootings? A Mental Health Professional Looking for Answers

Watching the latest school shooting news, I was paralyzed by grief and sadness. I was bulldozed with disbelief. “Again?” I thought, “How many?” I wondered. Far away enough, I could try to distance myself from it, but the headlines were already etched in my mind and body. Repeating in my mind, “How could this happen again?” “Why does this happen?” “What can we do to stop it?” As an expert in human behavior and family systems, I wondered what I could offer. Many people have already been screaming out reasonable solutions that don’t seem to be enforced. Feeling powerless, I thought, “What can I do to help?” Sitting in despair like so many others, I wondered, “Who’s responsible for this massacre?” Is it as simple as saying the shooter is evil end of the story? That video games and guns are the problems, end of the story?

I know that when humans are anxious, we jump to blaming and reacting. The problem with that is blaming does not help when coming up with honest tangible responses and preventative solutions. Of course, it is natural and okay to be angry, fed up, and in fear. It is a knee-jerk reaction to place the blame on someone else. However, when we blame one factor, it narrows our lens to the larger picture of what is going on.

For example, we tend to ask why instead of how. We see school and mass shootings as the disease instead of a symptom of a more prominent issue. We look for the only cause instead of seeing the multiple variables contributing to mass shootings. We develop reactive measures that fit our political views instead of looking at the research and facts. We give up on solutions when we can’t agree on what to do.

As a mother, I am scared to drop my kids at school. As a mother, I know there is no worse pain than losing a child. So, I have decided to dive into the research and share the facts and what we can do to help. I am not invested in blaming any one thing; I want to know what we really can do to make our schools safe again. As a therapist, I want to understand how psychology can help prevent mass shootings and how come this is only an issue in the U.S.? It doesn’t matter what political party you follow; we all want the same thing! We want mass shootings in schools to stop! So, instead of jumping to defend our beliefs and views, let’s look at the facts. Let’s think through solutions. Let’s see what we can do to stop these shootings.

The NTAC guide, called Enhancing School Safety Using a Threat Assessment Model, was updated in 2018 and says it is intended to help schools “identify students of concern, assess their risk for engaging in violence or other harmful activities, and identify intervention strategies to manage that risk.” Below are their suggestions.

Guns are the leading cause of death among American children and teens. 1 out of 10 gun deaths is age 19 or younger. Firearm deaths occur at a rate more than five times higher than drownings. The U.S. has had 2,032 school shootings since 1970, and these numbers are increasing. Alarmingly, 948 school shootings have occurred since the tragedy at Sandy Hook Elementary School in December 2012.

School shootings have returned to pre-COVID levels and, by some accounts, have even increased. However, U.S. Dept. of Homeland Security research shows that if we “know the signs” of gun violence, we can prevent it and reverse the trend. An estimated 4.6 million American children live in a home where at least one gun is kept loaded and unlocked.  These improperly stored weapons have contributed to school shootings, suicides, and the deaths of family members, including infants and toddlers.

Nearly half of all parents with a weapon in the home wrongly believe their children don’t know where a gun is stored. We know that the safe storage of firearms prevents tragedies. Another way of looking at that: Americans make up less than 5 percent of the world’s population, yet they own roughly 45 percent of all the world’s privately held firearms, based on 2018 data from the Small Arms Survey.

“Within the United States, a wide array of empirical evidence indicates that more guns in a community lead to more homicide,” David Hemenway, the Harvard Injury Control Research Center’s director, wrote in Private Guns, Public Health. Americans, by and large, support policies that reduce access to guns. But once these policies are proposed, they’re broadly spun by politicians and pundits into attempts to “take away your guns.” Therefore, nothing gets done, and preventable deaths keep occurring. Many firearms used in mass shootings were legally purchased or obtained from family or friends.

Lost, desperate, and angry individuals look to the media and internet for support and guidance. When details of mass shootings, like death counts and names, are published, these can serve as ‘social proof,’ a script that future mass shooters may follow as they commit their crimes. Further, some shooters may feel compelled to try to outdo a previous shooter in death counts or media mentions. Extremist websites and groups can provide a sense of community and belonging that many shooters lack. This sense of belonging and welcome may be more important to the shooter than its ideology.

Additionally, a lack of meaningful relationships and personal connections leaves people isolated; a circumstance only exacerbated due to COVID-19. Making guns less accessible and delaying access might reduce tension just enough to prevent violence. Another is using care and trauma intervention teams to direct a person towards resources that can help them navigate a crisis. Steps like these do not remove all risk factors but help reduce the pressure. Multiple approaches are needed.

School is supposed to be a peaceful and joyous place for kids to learn and socialize. Kids in school still get bullied for their differences. Teachers and school staff need to be trained in looking at the warning signs and what they can do to best assist a struggling student. There needs to be better access to mental health providers in schools for the students and their families. If the school is aware of an indecent happening or a crisis in a child or teen’s life, they should follow up with accessible resources. There should be better protection and security at schools and more common-sense gun laws. Every person arguing their point about guns wants to be correct; I want to stop hearing about mass shootings at the end of the day. I genuinely don’t care who is right; this must stop somewhere. These are real children, people, families, and communities suffering the most significant losses. The facts and research give us a blueprint for what we can do to prevent this; I think it is time to implement some fundamental changes. 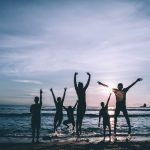 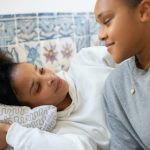 5 Ways to Gear Up Your Child for Her First Period